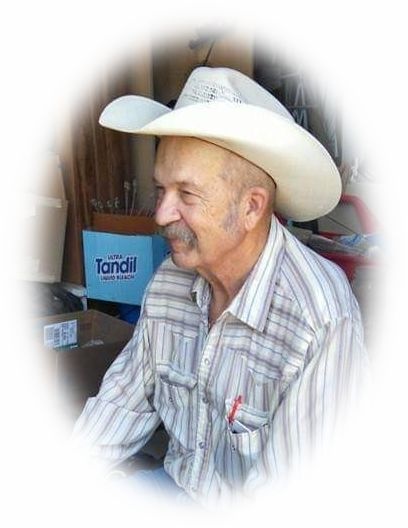 Bill lived in the Maple Hill area most of his life and graduated from Maple Hill High School.  He worked at Goodyear Tire and Rubber, retiring in 1997.  In 1986, Bill pursued a desire to follow his dad’s profession and attended World Wide Auctioneer School at Mason City, IA.  This profession he followed until 2019.  He also loved the cowboy life, which he fulfilled by owning his own cow herd.  Caring for the mother cows and enjoying the calving season were a joy for him.  Bill was a member of the Maple Hill Community Congregational Church.

Bill was preceded in death by his parents, Joe and Ruth Raine; his father, Otto George Jr; a son, William Todd Raine and a great-grandson Ryan Herrin.

In lieu of flowers memorial contributions may be made to the Maple Hill Community Congregational Church and sent in care of the funeral home.  To leave online condolences, go to www.piperfuneralhome.com.

Masks and social distancing are requested at both the visitation and the graveside service.

The Raine family would like to Thank Dr. David Einspahr and staff, Dr. Patrick Birkbeck and staff, the staff at Stormont Vail Hospital, and the staff at Interim Home Health Care.  Piper Funeral Home, 714 Maple Street, St. Marys is in charge of arrangements.

To order memorial trees or send flowers to the family in memory of William "Bill" Raine, please visit our flower store.