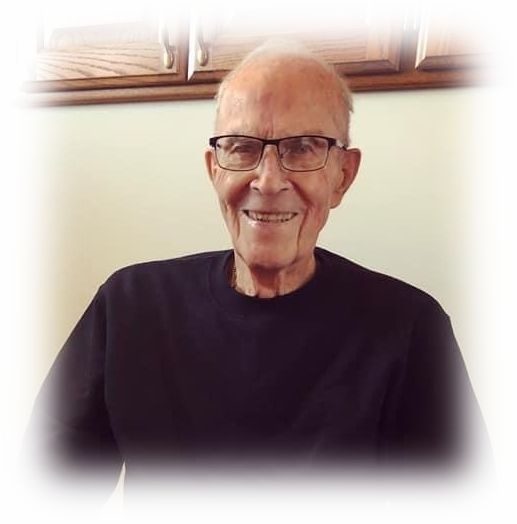 Bill was born September 24, 1931, in Canby, MN, the son of Oliver B. and Helen E. Marshall Larson.  Bill grew up in the Canby community and was a graduate of Macalester College in St. Paul, MN.  He served in the United States Army in Korea.  Following his discharge from the army, Bill returned to Minnesota to work then transferred to Topeka, where he met and married Ruth Spears, on January 25, 1957.  They moved to Rossville and lived there until moving to Brewster Place in Topeka in 2008.

Bill was the managing partner in Hesse Lumber Co. for ten years.  He later served as a Sales Representative for Kansas Farm Bureau Insurance Co., retiring in 1992 after 22 years of service.  He received many awards during his employment with Farm Bureau.

Bill was active in the Rossville community serving on the city council, and did all he could to improve and promote the community.  He was a member of the Rossville United Methodist Church and Countryside United Methodist Church in Topeka.  Bill was a life member of the Masonic Lodge, Scottish Rite, and Order of the Eastern Star and was the Grand Patron of Kansas in 2001-2002.  He was a member of Jimmie Lillard Post No. 31 of the American Legion in Rossville.  Bill enjoyed golf, reading, PEOPLE, carpentry, photography, and road trips.

Bill was preceded in death by his parents, his wife Ruth, and a half-brother, Oliver Larson: a grandson, Trey Boucher.

Memorial services will be 1:00 P.M. Saturday, March 12, 2022, at the Brewster Auditorium.  Inurnment in the Rossville Cemetery will be private.  In lieu of flowers, memorial contributions may be made to the Brewster Foundation and sent in care of the funeral home.

To order memorial trees or send flowers to the family in memory of William Larson, please visit our flower store.