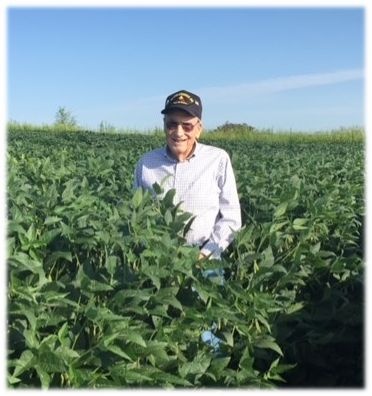 He was born March 2, 1929, in Rossville the son of William L. and Ruth Hesse.  Bill was a lifelong Rossville resident and graduated from Rossville High School.  He served in the United States Army during the Korean War.

Bill was a farmer and had owned and operated the lumber yard in Rossville.  He was a member of the Rossville Christian Church.

On March 31, 1951, he was united in marriage to Delores M. Young in Topeka.  She survives.  Other survivors include his son, Ronald (Sharlene) Hesse, and his daughter, Rhonda (Rusty) Taylor, all of Topeka; four grandchildren and three great-grandchildren.

Private family services and burial with military honors will be in the Rossville Cemetery.  Memorial contributions may be made to the Rossville Christian Church and sent in care of Piper Funeral Home 714 Maple Street, St. Marys, Kansas 66536

To order memorial trees or send flowers to the family in memory of William Hesse, please visit our flower store.