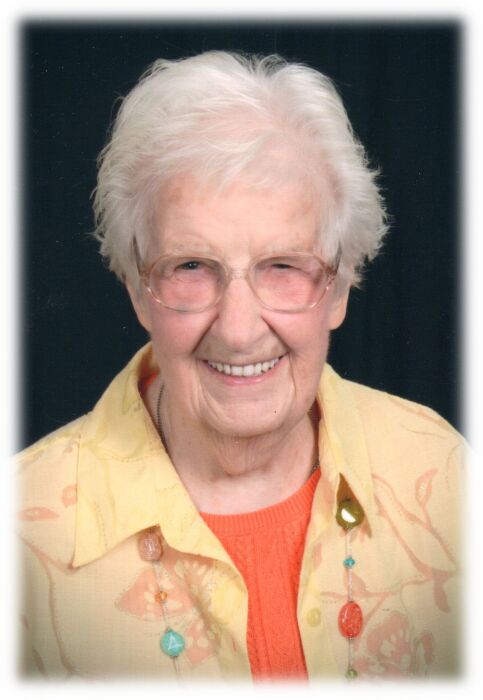 Virginia M. Martell, 91, passed away late Wednesday, September 20, 2017, at the Community Hospital in St. Marys. She was born May 11, 1926, in St. Marys the daughter of Albert and Mary Lux Ingenthron. Virginia graduated from Immaculate Conception Catholic High School. Virginia had worked as a clerk at several of the local grocery stores in St. Marys and had been a waitress at Rezac Sale Barn. She was a member of Immaculate Conception Catholic Church and was an adorer at the Adoration Chapel. Virginia was an avid bowler. She was a member of the St. Marys Senior Center and served on the board and was also a member of Hoy-Heim American Legion Auxiliary where she served as an officer. On August 19, 1950, she was united in marriage to Joseph J. Martell at St. Marys. He preceded her in death on March 29, 2003. Virginia was also preceded in death by a daughter, Judy Kay Martell on August 6, 1972, her twin brother, Victor and other siblings Ed, Eleanor, Bernie and Dorothy. Survivors include two sons, Ronald J. Martell, St. Marys and Kenneth L. (Liz) Martell, Emporia; her daughter, Cindy (Dave) Stover, Maple Hill; 11 grandchildren, 15 great-grandchildren with one on the way. Mass of Christian Burial will be celebrated at 10:00 A.M. Monday, September 25, 2017, at Immaculate Conception Catholic Church in St. Marys. Interment will be in Mt. Calvary Cemetery, St. Marys. Mrs. Martell will lie in state and the family will receive friends from 4:00 until the Rosary at 6:00 P.M. Sunday, September 24, 2017, at the church. In lieu of flowers, memorial contributions may be made to the St. Marys Senior Center and sent in care of Piper Funeral Home, 714 Maple Street, St. Marys, Kansas 66536.

To order memorial trees or send flowers to the family in memory of Virginia Martell, please visit our flower store.