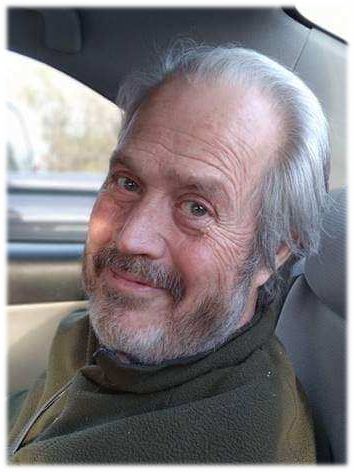 Stephen Dennis Kagay passed away peacefully early on Friday, September 10. He was nearly 68 years old. He had been diagnosed with liver cancer earlier this year. He fought bravely for six months before succumbing to the illness. He died as he had lived, surrounded by members of his loving family.

Steve was born in 1953 in St. Joseph, Missouri to Don Kagay and Ida née Davis. He displayed tremendous work ethic from an early age, maintaining a paper route for many years and winning awards in the process. He excelled in school, where he also played baseball.

He graduated high school with honors at the age of 17. He enrolled in UMKC, where he met the love of his life Virginia (Ginger) née Madrid. They married in 1973. Steve graduated with a degree in Microbiology in 1976.

He spent a successful 25-year career in the pharmaceutical industry. During this time, he was recognized for his outstanding performance six times, and won national awards twice. He was a noted expert in his field for his knowledge, management skills and business sense. After retiring from this industry, he worked for a tactical gear distributor for a few years before starting a business as a handyman.

He loved his family, friends, and everyone else. He was a stranger to none and a friend to all. He always had a smile ready and loved making people laugh (or groan) with his arsenal of dad jokes. To know him was to love him.

When he wasn't spending time with family and friends, he often spent time in the service of others. He especially enjoyed serving the Church and was passionate about his Catholic faith and his profound love of God.

Steve is survived by his wife of 48 years, Ginger. Together they had eight sons and a daughter: Anthony (Andrea), Chris (Monica), Pete, Mike (Hannah), Mary, Louie, Jamie (Marcie), Tom and Joe. Steve is also survived by two sisters, Susie (Rick) Thornton and Debbie (Steve) Punzo, as well as a host of nieces, nephews, and grandchildren.

The Rosary will be said for the repose of his soul at the Assumption Chapel in St. Mary's on Thursday the 16th, at 5:20pm. The Solemn High Requiem Mass will be sung on Friday the 17th, at 11am in the same location. Burial will be held afterwards at Our Lady of Peace Cemetery, in St. Mary's.

In lieu of flowers, the family is requesting donations be made towards the construction of the new Immaculata Church. This project was near and dear to Steve's heart. Information on how to contribute is available at https://www.anewimmaculata.org.

To order memorial trees or send flowers to the family in memory of Stephen Kagay, please visit our flower store.