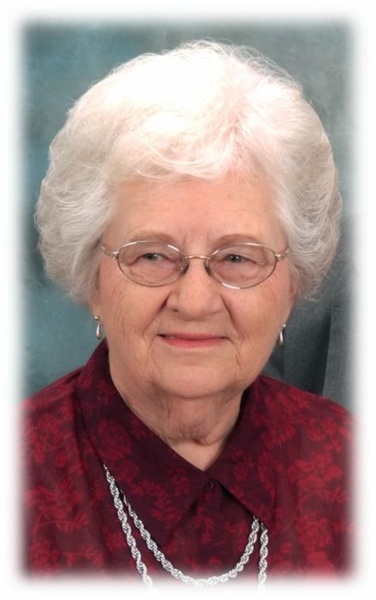 She was born February 21, 1935, in Walnut Township in Marshall County, Kansas the daughter of Elton B. and Lela M. Cox Godfreson.  Shirley graduated from Waterville High School in 1953, where she was the Homecoming Queen.  She also graduated from Brown Mackie Business School in Salina.

Shirley worked at Southwestern Bell in Topeka until she started her family.  After raising her children she worked at the St. Marys Star and Dr. Verne Claussen’s office until her retirement.

Shirley loved to cook and sew.  She was a Girl Scout leader and Den Mother.  She served on the Election Board for many years.  Shirley was a member of Immaculate Conception Catholic Church and was a very active member of the Altar Sodality helping with the church picnic and funeral dinners.  She was a member of the St. Marys Literary Club.  She and her husband Norman, whom she met through CYO, wintered in Texas for over 20 years.

On October 1, 1960, she was united in marriage to Norman F. Marstall in Marysville.  He preceded her in death on September 26, 2018.  She was also preceded in death by her parents and an infant brother.

Mass of Christian Burial will be celebrated at 10:00 A.M. Friday, December 6, 2019 at Immaculate Conception Catholic Church.  Interment will be in Mt. Calvary Cemetery, St. Marys.  The family will receive friends on Thursday, December 5th from 5:00 until the rosary at 7:00 P.M. at Piper Funeral Home in St. Marys.  Memorial contributions may be made the St. Marys Literary Club for scholarships or Avalon Hospice and sent in care of Piper Funeral Home, 714 Maple Street, St. Marys, Kansas 66536.  To leave online condolences go to www.piperfuneralhome.com.

To order memorial trees or send flowers to the family in memory of Shirley Marstall, please visit our flower store.