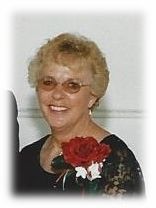 She was born on February 3, 1946, at Easton, the daughter of Herman and Rita Siebert Brockish. Shirley grew up in the Flush and St. Marys communities.  She graduated from St. Marys High School in 1964.

Shirley worked for the St. Marys State Bank for years.  After retiring from the bank, she worked at Ray’s Apple Market.  She enjoyed cooking and being on the farm.

Shirley and Gary L. Keyser were united in marriage on May 21, 1966, at Silver Lake.  He preceded her in death on September 24, 2006.  Shirley was also preceded in death by her parents and a brother Lawrence “Larry” Brockish.

A Memorial Visitation will be on Friday, January 31, 2020, from 5:00 until 7:00 P.M. at Piper Funeral Home.  You may stop by the funeral home after 2:00 on Friday to sign the book.  Inurnment will be at a later date in the Greenwood Cemetery, Belvue.  Memorial contributions are suggested to the  Shirley Keyser Memorial Fund and sent in care of Piper Funeral Home, 714 Maple Street, St. Marys, Kansas 66536.

To order memorial trees or send flowers to the family in memory of Shirley Keyser, please visit our flower store.