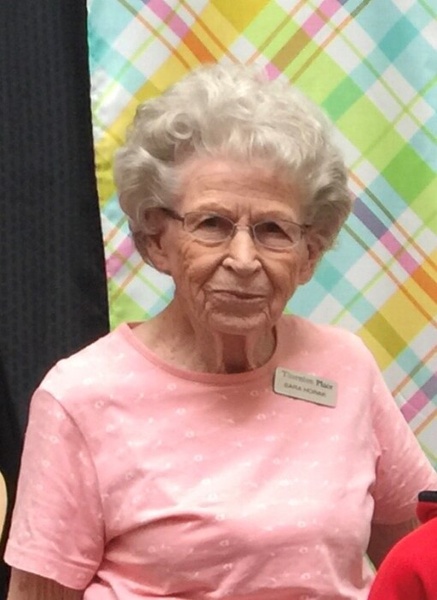 She was born on January 16, 1929, at Rossville, to John and Lottie T. Besta Stum.  Sara grew up in the Rossville community, where she attended school.

In August of 1945, Sara Stum and Benjamin Horak were united in marriage..  Bennie preceded her in death on November 29, 2012.  She was also preceded in death by her parents, a brother, Duane Stum, and her daughter, Peggy Jean Workman.

Sara and Bennie farmed in the Delia community many years.  She also was a school bus driver for USD # 321.  Sara was a member of the Delia Presbyterian Church, the Rossville Senior Center, PSB Rollers, and the ZCBJ Lodge No. 418.  She was an active member of the community.

A private graveside service will be at the Czech-Moravan Cemetery north of Rossville.  Mrs. Horak will lie in state Tuesday, September 29, 2020, at Piper Funeral Home from 4:00 until 7:00 P.M.

Memorial contributions may be made to the Rossville High School Booster Club and sent in care of the Piper Funeral Home, 714 Maple Street, St. Marys, Kansas 66536.  To leave online condolences, go to www.piperfuneralhome.com.

To order memorial trees or send flowers to the family in memory of Sara Horak, please visit our flower store.