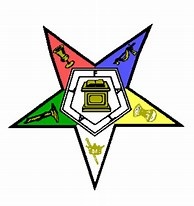 Ruth E. Larson 88, passed away Thursday, August 1, 2019 at Brewster Place in Topeka. She was born March 5, 1931 in Topeka, the daughter of LaVerne and Edna Vilven Spears. Ruth grew up in the Rossville community and graduated from Rossville High School. She attended Kansas State University. She lived most of her life in Rossville moving to Topeka in 2009. Ruth worked at Midwest Machines in Topeka. She later worked many years at the People's State Bank in Rossville and served as the treasurer for the city of Rossville. She was a member of the Rossville United Methodist Church and Countryside United Methodist Church in Topeka. Ruth was a life member of the Eastern Star and was Grand Ruth for the state of Kansas in 1962. She held many offices in local chapters. She was a past member of the ABWA and was women of the year in 1983. On January 24, 1957 she was united in marriage to William "Bill" Larson at the First Presbyterian Church in Topeka. He survives. Other survivors include two sons, Robert (Annie) Larson, Topeka and James Larson, Olathe; a sister, Helen C. Miller, Rossville; three grandchildren and 3 great-grandchildren. Memorial services will be at 2:00 P.M. Friday, August 9, 2019 at the Brewster Place Chapel in Topeka. Inurnment will be in the Rossville Cemetery. Memorial contributions may be made to the Brewster Foundation and sent in care of Piper Funeral Home, 714 Maple Street, St. Marys, Kansas 66536.

To order memorial trees or send flowers to the family in memory of Ruth Larson, please visit our flower store.