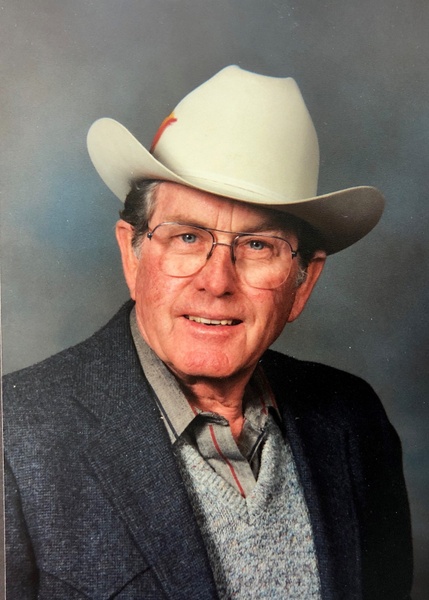 Robert (Bob) Martin Stockman, 93, left this world to join his Lord Jesus Christ, on July 28, 2019 at his home. He was born April 28, 1926, at his parent's home in Sandy Hook, near St. Marys, Kansas. He was the second of 13 children born to Francis Peter (F.P.) and Martha Boelens Stockman. Bob grew up on the family farm in Sandy Hook, where he attended country-school in a one-room school house. He was a member of the Tomato Club, which was the precursor to 4-H. He moved into St. Marys and lived with his paternal grandparents and finished his schooling at Immaculate Conception Catholic High School. After high school graduation, he worked in various jobs before moving to New Mexico. There he joined the U. S. Navy. He was stationed in Jacksonville, Florida from 1945 until 1946. After his honorable discharge in 1946, he worked a variety of jobs before migrating to Cheyenne, WY. There he married his high school sweetheart, Mary T Erbacher on Friday, June 13, 1947, in the Cathedral of St. Mary in Cheyenne, WY. After a few years there, they returned to Kansas to farm and raise a family. After brief periods on farms in the Emmett and Rossville areas, they settled near Maple Hill, where they lived and ranched for 43 years. Bob loved raising cattle and farming a great deal. He and T bought cattle in Texas and had them shipped to Kansas on multiple occasions. He was interested in new farming techniques and trying new crops. He was also known for his creativity in solving problems and unique fixes that earned him a nickname of MacGyver. Bob and T both served on the Maple Hill School Board and were involved with the Maple Hill Hustlers 4-H Club and Wabaunsee County 4-H. He was also a member of Immaculate Conception Catholic Church parish in St. Marys. He was an Honorary Life Member of the Knights of Columbus Council #657 and the Thomas A. McNeive 4th Degree Assembly and the American Legion Post 130. In 1996, Bob and T retired and moved to their home on Pomona Lake. He loved the view of the lake and watching the various birds, but especially the eagles. In retirement he became a Master Gardener and he focused his love of raising plants on a large garden. It was his inspiration and passion. He found joy in experimentation with new varieties and sharing from its bounty. Bob was known for his story telling and his many "Bob-isms." He never met a stranger and enjoyed striking up a good conversation. After moving, he and T became members of St. Patrick Churches of Osage City and Scranton. They enjoyed their involvement with parish community activities and the Rusty Bucket garden club. In 2017, Bob and T celebrated their 70th Wedding Anniversary with a gathering of family and friends. They were named the longest-married couple in Kansas for 2017 by Worldwide Marriage Encounter. There was also a proclamation by the Kansas House of Representatives honoring them for their long marriage. Bob was preceded in death by T as well as their daughter, Beverly Jean Stockman Harris. He was also preceded in death by his parents, two sisters, Pat Banks and Regina Stockman, and six brothers Ted, Harold, Leo, Joe, Don and Tom. Two brothers; Hank (Delores) and Phillip (Lana), and two sisters; Franny and Betty survive.  He is also survived by his sons and daughters; Barbara (Larry) Schulte of Leawood; Bruce (Pat) Stockman of Prior Lake, MN; Brian (Michele) Stockman of Parker, CO; Brenda (Kevin) Selman of Columbia, MO. He has 12 grandchildren: Aimee, Justin, Andy, Ryan, Lauren, Adam, Heather, Lina, Zac, Kyle, Paige and Amanda, and 8 great grandchildren: Erika, Grant, Sophia, Hadley, Hudson, Grace, Thomas, and Ida. A niece Marian Hartung and two nephews John Hartung and David Fay who lived with the Stockman Family in Maple Hill. Many of his nephews were able to experience the farm/ranch life along Mill Creek near Maple Hill. (Two of those nephews found their way to the ranch without their parents' permission!) He is also survived by many other loving extended family members, neighbors, and caregivers. Two visitations will be held for friends and family to gather. The first will be at Piper Funeral Home, St. Marys, Friday, August 23, 5:00-7:00 p.m. concluding with a vigil liturgy and sharing of memories. The second will be at St. Patrick Catholic Church (St Brigid's Hall) in Osage City, 9:30 a.m., Saturday, August 24, A Mass of Christian Burial will be held at 10:30 a.m. in the church. A luncheon will follow. Inurnment will be at 2 p.m. at the Maple Hill Cemetery. A coffee gathering will be held at the Senior Center in Maple Hill immediately following. Memorial contributions may be made to the building fund for St. Patrick Church of Scranton, C/O Parishes of St. Patrick, 309 S 6th St, Osage City, KS 66523 or the Wabaunsee Co. 4-H Grensing Memorial Scholarship Fund for 4-Hers C/O Wabaunsee County, PO Box 278, Alma, KS 66401.

Click to download / open
To order memorial trees or send flowers to the family in memory of Robert Stockman, please visit our flower store.