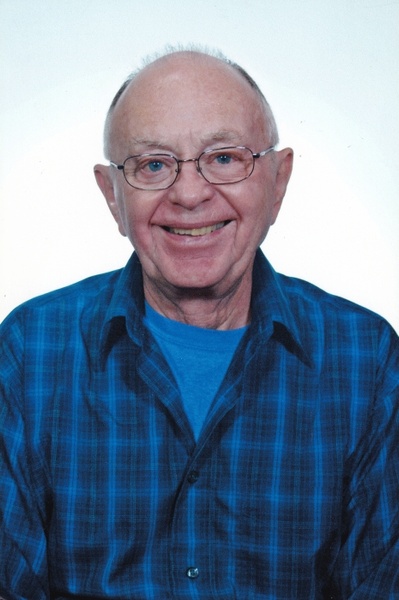 Robert was born on November 1, 1929, to Russell W. and Lela A. (Ward) Cox in Emmett.  He graduated from Delia High School in 1947 and served in the U.S. Army from 1947 until 1953.  During his service in 1951, he married Agnes M. (Stum) Cox.   He went to work for Goodyear, Wentz Equipment Co., and Kansas State University before retiring from the latter after 25 years.  He was a member of the Masonic Lodge in Delia and the Sertoma Club in Manhattan.

Robert is remembered by his wife, Agnes of Topeka, his sisters, Marjorie (John) Houck, Galt, CA., and Carol Uhler, Fort Scott; his children, Juanita M. (Gabriel) Escobar, Topeka, and Ronald E. (Susan) Cox Hendersonville, NC; his four grandchildren, and 2 great-grandchildren.  He was preceded in death by his parents and his sister, Phyllis Lundin,

In lieu of flowers, memorial contributions may be made to Midland Hospice or Meals on Wheels and sent in care of Piper Funeral Home, 714 Maple Street, St. Marys, Kansas 66536.  To leave online condolences, go to www.piperfuneralhome.com.

To order memorial trees or send flowers to the family in memory of Robert Cox, please visit our flower store.