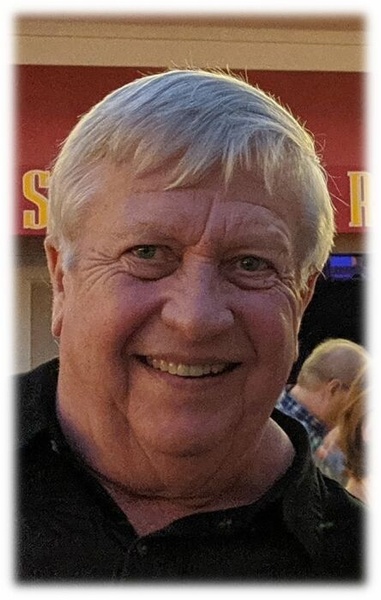 Randy Ross Marmon, 67, passed away Wednesday, September 15, 2021, at the University of KS Saint Francis Campus, Topeka, Kansas. His family would like to thank the entire staff for the excellent care he received in spite of the current pandemic. Randy did not have Covid 19, but his family witnessed the health crisis firsthand. Randy was born June 19, 1954, in Garnett, KS, the son of Ray Arden and Fern Mae Hunt Marmon. He was raised in the Garnett community and graduated from Garnett High School. Randy farmed with his father, later moving to Topeka to get his cosmetology license. He worked as a hairstylist/barber for over three decades in Topeka. He co-owned Shearpoint Hairstylers for 15 years. Randy was preceded in death by his parents and a brother, Raymond. Randy and Theresa Wolken were united in marriage on June 19, 2016, in Topeka. They both found the love of their lives. Survivors include his wife, Theresa, daughters Crystal Rae (Chad) Corbat and their son, Chase, Colorado Springs, CO.; Alexa Kathleen Marmon, Portland, OR; Mary Lynn (Shawn) Almond and their children, Mady, Tristan, Learah, and Samuel, Olathe; and Emily Slover, and her children Gabriella and Andre, Topeka; his sister, Vicki (Doug) Montgomery, Topeka and several nieces and nephews. Randy was known for his never-ending love and tenacious loyalty to family and friends, his great big bear hugs, his brimming passion for all things music, and most of all for his endearing and generous nature. He will be greatly missed by many. Burial Service at Garnett Cemetery, Garnett, KS, 11:00 am on October 23, 2021. A Celebration of Randy’s Life will be held at Knights of Columbus Hall in Scipio following. Another Celebration of Life Service will be on November 27, 2021, at Reynolds Lodge, Lake Shawnee, Topeka, KS, at 12:00 pm, followed by lunch. Memorial contributions may be made to Harvesters, Topeka, KS, and sent in care of Piper Funeral Home, 714 Maple Street, St. Marys, Kansas 66536.

To order memorial trees or send flowers to the family in memory of Randy Marmon, please visit our flower store.