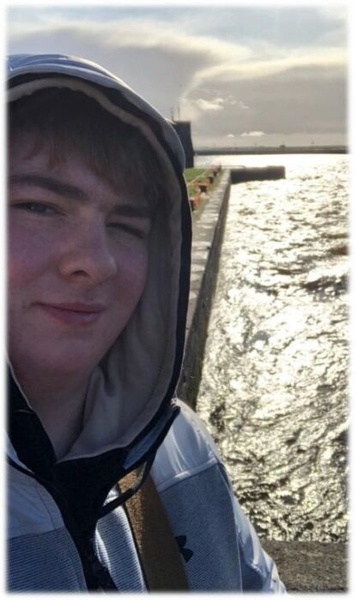 Philip Theodore Harrison died April 7, 2021, at the age of 19. He was born December 17, 2001, to Kenneth and Melissa Harrison in Bethesda Maryland. He grew up in Hayden Idaho and Leaf River Illinois before moving to St. Mary’s Kansas in 2014 to attend the boarding school at St. Mary’s Academy. He graduated with the class of 2020. Philip was a freshman at Kansas State University and was majoring in Psychology. His one true love was his dog, Lady, that he treated like a queen. Philip was a member of Assumption Chapel. His favorite beer was Guinness, his favorite liquor was Jameson, and he discovered this love in his trip to Ireland in early 2020. His favorite pastimes were smoking brisket, exercising on his mountain bike, and enjoying a good pipe tobacco. His favorite rivalry is captured in the phrase “GO ARMY, BEAT NAVY!”

Philip was preceded in death by his maternal grandparents, Richard and Mary Billingsley. He is survived by his parents, brothers Joshua, Zachary, Luke, Joseph, and Nicolas, sisters Amy and Rosemary, and his niece Eleanor, who loved playing Uncle Wiggley over FaceTime with him. He is also survived by his paternal grandparents, Dr. Lester and Joanne Harrison, and many uncles, aunts, and cousins.

A public rosary will be said at 5:20 P.M. at Assumption Chapel Monday, April 12, 2021.  His Requiem Mass will be at  8:25 A.M. at the Assumption Chapel on Tuesday, April 13, 2021. Interment will be in Our Lady of Peace Cemetery, St. Marys. Memorial contributions are being sent to Regina Pacis Monastery,  Benedictines of the Immaculate in Italy and sent to Kenneth Harrison in care of Piper Funeral Home, 714 Maple St., St. Marys Kansas 66536

To order memorial trees or send flowers to the family in memory of Philip Harrison, please visit our flower store.