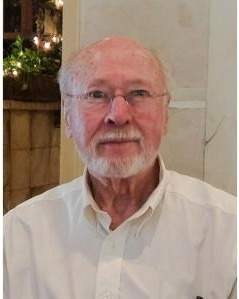 Paul Roberts Wurtz, Ph.D., passed away peacefully on November 27, 2020, at The Neighbors of Dunn County in Menomonie, Wisconsin.

Born October 13, 1935, in Lillis, Kansas, to Paul and Vivian (Scheffer) Wurtz, Bob was raised in Newbury, Kansas, the fourth of 15 children. Bob attended Paxico High School, graduated from Rockhurst College in Kansas City, and earned his doctorate from the University of Wyoming-Laramie. Bob enlisted in the U.S. Navy in 1957 and was honored to serve his country.

In 1959 Bob married Mary Joanne Reddy in Saint Marys, Kansas. As their family grew, they lived briefly in Kansas, California, and Wyoming. Bob and Joanne settled in Menomonie in 1965, where Bob began a 35-year career as a professor in the Guidance and Counseling Department at the University of Wisconsin-Stout.

Bob and Joanne raised their ten children in Menomonie, where they were active members of St. Joseph’s Parish. They enjoyed get-togethers with friends, attending their children’s sporting and school events, as well as hiking, camping, and gardening on their land outside of Irvington, Wisconsin. They often vacationed with family in Kansas. An avid Twins Fan, Bob loved baseball. He played in the Menomonie Men’s Softball League and served as an assistant baseball coach at UW-Stout.

Bob was preceded in death by his loving wife, Joanne, his parents, sister Virginia McCarthy, and infant brother Terrance.

Mass of Christian Burial will be celebrated on Saturday, September 10, 2022, at 11:00 A.M. at Sacred Heart Catholic Church in Newbury, where the family will receive friends from 10:30 until the mass. Inurnment will be in the Sacred Heart Cemetery.

To order memorial trees or send flowers to the family in memory of Paul Roberts Wurtz, please visit our flower store.