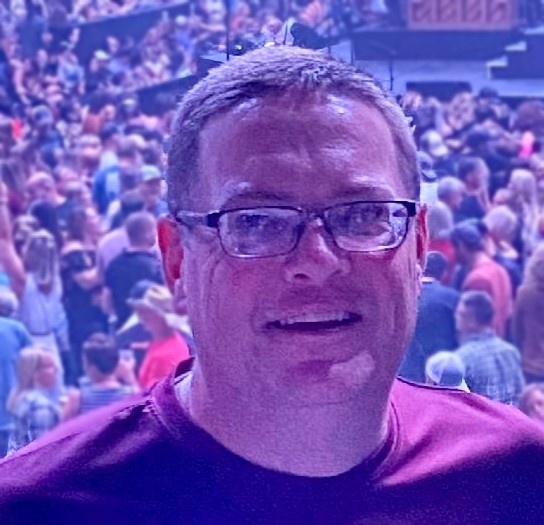 Paul J. Brownell, 45, passed away Wednesday, March 16, 2022, at his home surrounded by family after a courageous battle with cancer.

He was born March 4, 1977, in Emporia to Terry Menhusen Brownell and Richard Menhusen.  Paul was raised in the Emmett community and graduated from St. Marys High School in 1995.

Paul worked for DeVader’s Pools and Spas in Topeka. Paul had all-encompassing love and passion for music. From artists to lyrics, he enjoyed delving into the stories of how songs were written to the artists lives themselves. Besides collecting records and albums, he had books of his favorite musicians. He was an avid concert goer and fan of all genres, especially country and classic rock. He was a lifelong K-State football fan and shared a love of baseball with his dad, Keith. Paul took the most pride and joy in being a father and uncle and was not above using candy as a bribe.

Paul and Nancy O’Donnell were married on March 18, 2006, in Wamego.  She survives at their home along with their son, Brandon.

Celebration Of Life Services will be Saturday, April 16, 2022 at Piper Funeral Home with visitation from 10:00 A.M. until the service at 11:00.  Memorial contributions may be made to the Paul J. Brownell Memorial Fund and sent in care of Piper Funeral Home, 714 Maple Street, St. Marys, Kansas 66536.

To order memorial trees or send flowers to the family in memory of Paul Brownell, please visit our flower store.