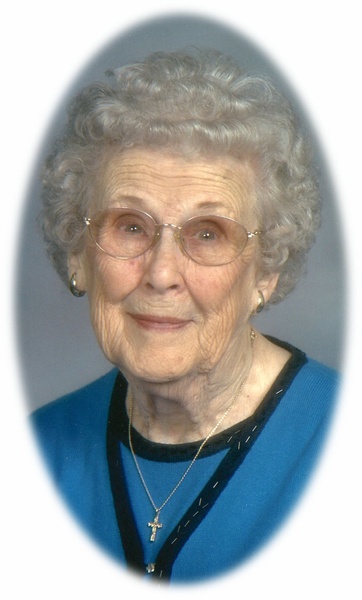 Patricia G. Dohrman, 93, passed away peacefully May 6, 2013 at Midland Hospice House in Topeka. Pat will be welcomed home by her husband, Lee and parents, Walter and Cora Sharrai.

Pat lived her entire life in Kansas. Born Dec. 6, 1919, in Atchison, to Roy and Cora Long, spending her younger school years in Wetmore and Mayetta, later to attend Potwin and Topeka High School. She married John Hennessey, one son was born. Later, they divorced. She met Lee Dohrman while employed at Hallmark Cards. They married April 30,1949 at Assumption Catholic Church. Pat and Lee began their life together in St. Marys where they later built a home where she lived, until entering the St. Marys Manor. They were farmers/stockman and owned and operated farms in Pottawatomie and Jackson counties. They had two children, and celebrated 56 years together.

She loved being a homemaker and being outside with her flowers and garden. She loved hosting dinners, fixing and repairing things, and was known by family for being well organized and a perfectionist. She enjoyed vacationing and visiting with family in Minnesota. In later years, she and Lee enjoyed several trips to Las Vegas and a trip to Hawaii.

She converted to Catholicism and was a member of the Immaculate Conception Catholic Church. She will be remembered for saying a nightly Rosary with Lee, and her interest in collecting rocks, fossils, antiques, and her love of dancing and listening to big band music. She was a wonderful mother and friend to many.

Memorial contributions may be made to Patricia Dohrman Memorial to be designated by the family at a later date. Online condolences may be sent to www.piperfuneralhome.com.

To order memorial trees or send flowers to the family in memory of Patricia Dohrman, please visit our flower store.