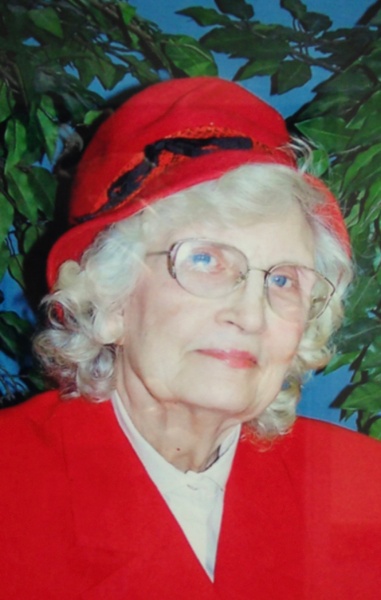 Myrna Delores Pistora was born May 22, 1930 in Ft. Laramie, WY to Arthur Lee McAdams and Amanda Lydia Margarete Heinrichs.  She lived in an Earth-bermed home NE of town.  By age 9, her family had moved to Davenport, NE.  In 1948, she graduated from Davenport High School where she was a cheerleader.  Myrna first met her husband Joe Elden Pistora at her Uncle Roy’s Davenport store, where she was employed, when he came in to buy a shirt.  Myrna then became a hairstylist and worked in Boulder, CO.  Joeand Myrna married on January 6, 1951 in Ft. Riley’s Army base chapel, Ft. Riley, KS.

After Joe returned from the Korean War in November, 1952, they settled in Salina, KS.  They traveled with Joe’s work and spent time in El Paso, NM.  They then moved to Washington, KS and then to Abilene, KS, where Myrna worked at the local nursing home. Myrna was a member of the Abilene Bible Baptist Church.

Myrna spent many years raising her family as Joe often traveled with his work.  She loved life, her family and particularly little things, such as babies, little houses and baby animals. Even her cursive writing was very small, but quite legible!

On Memorial Day, May 25, 2020, Myrna passed peacefully in her sleep at the Nicol Home, a skilled nursing facility in Glasco, KS. Myrna’s husband Joe preceded her in death on March 28, 2008, as have brothers Robert, Leonard and Valdean McAdams.  She is survived by younger brothers, Gary and Curtis McAdams.


Interment was in the National Cemetery at Leavenworth on Friday, May 29, 2020.


May God and Peace be with you, Myrna

To order memorial trees or send flowers to the family in memory of Myrna Pistora, please visit our flower store.