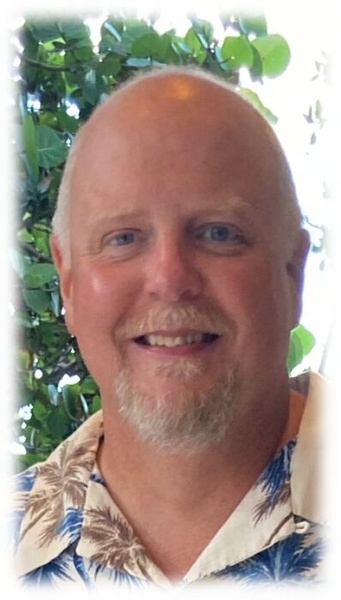 Michael "Mike/Moose" Paulsen, 52, of Rossville, passed away Wednesday, November 3, 2021, at his rural Rossville home, surrounded by his family.

He was born January 28, 1969, in Manhattan KS, and grew up in the Saint Marys community. He was a graduate of Saint Marys High School in 1987. He attended Junior College at Butler Community College in Eldorado KS, meeting several individuals who would become life-long friends, and he subsequently graduated from Kansas State University with a bachelor’s degree in Physical Science. Mike worked in and around the Topeka and St Marys communities for most of his life. Payless Cashways, Hydro-Flex Corp., and Custom Wood Products.  He began his career with Westar at the Jeffery Energy Center, which later merged to become Evergy Inc. Mike's declining health ultimately forced him to stop working.

Mike often said that the best thing in his life was getting married to his wife, Marian (Zeller) Paulsen on Oct 8, 2005. She survives of the home with their two children, Michaela Raye (Wade) Paulsen and Bradley Michael Paulsen. He is also survived by his mother, Carolyn Paulsen (Rossville), his sister, Kim York, Rossville, his brother, Claude "Rusty" (Patty) Paulsen, Silver Lake, and multiple nieces and nephews.

Although diagnosed in 2016 with colon cancer, God blessed Mike with an additional five years to enjoy the hobbies he loved and to cherish the remaining moments with family and friends.  Mike said he figured the battle with cancer ended in a draw; that cancer didn't win. Rather, his passing stopped it in its tracks, preventing further growth. Mike enjoyed pretty much everything automotive­ related, to include exploring junkyards looking at old cars (some of which made the trip home to the chagrin of his wife). As much as she put on that these old "projects" bothered her, she was his biggest supporter and assistant financier, overseeing the project costs and occasional overruns. He also enjoyed camping and fishing with friends whenever he could. Mike did not know a stranger and would do anything for anyone.

Mass of Christian Burial will be at 10:00 A.M. Tuesday, November 9, 2021, at St. Stanislaus Catholic Church in Rossville, KS. The family will receive friends on Monday, November 8, 2021, from 5:00 PM, until the Rosary at 7:00 P.M. at Piper Funeral Home.  Interment will be at West Lawn Memorial Gardens in Topeka.

The family would like to express their sincere appreciation for the wonderful care and support given by the team of staff at the Cotton O'Neil Oncology and Palliative Care clinics, as well as Midland Hospice. If desired, memorial contributions may be made to the Paulsen Children’s Education Fund and sent in care of Piper Funeral Home, 714 Maple Street, St. Marys, Kansas 66536.  To leave online condolences go to www.piperfuneralhome.com.

To order memorial trees or send flowers to the family in memory of Michael Paulsen, please visit our flower store.