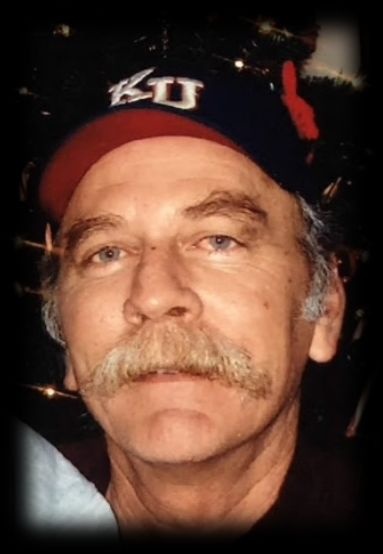 
Micheal Ericson, 68, passed away Sunday, December 26th at the University of Kansas Health Systems.
Mike was born September 14, 1953 in San Diego, California and moved to the Dover area in the 1990's.
Miked worked for Southwestern Bell Telephone Company in Topeka, Ks for 27 years.  Mike was an Installation and Repair Forman when he retired.
Mike was preceded in death by his parents, and a sister Cathy Marzett.
On June 13, 1998 Mike married Patti Werts at the family farm in Dover Ks, she survives of the home.
Other survivors include a daughter Mynon Ericson Reffitt (Mike), (Manhattan), a son, Sean Ericson (Topeka),  and three step children Katie (Jamie) Brobst (Auburn), Aliisha Stone, (Leroy), Woolsey Dinwiddie (Dover) and 7 grandchildren, Jordyn, Jyston, Kaden, Saige, Piper, Ky, and Khloe.
Mike enjoyed hunting, fishing and watching KU basketball.  Mike enjoyed working on the farm in Dover raising cattle for over 30 years and spending time with his wife and grandkids.
Per Mike’s wishes, cremation has taken place. A celebration of life will be planned at a later date. Memorial contributions may be made to Helping Hands Humane Society and sent in care of Piper Funeral Home, 714 Maple Street, St. Marys, Kansas 66536.

To order memorial trees or send flowers to the family in memory of Michael Ericson, please visit our flower store.