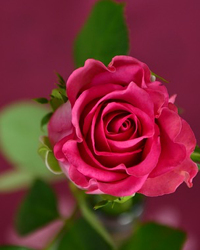 Mary Ann Diehl, 75, passed away on December 19, 2020, in the city of Beaumont, CA, from a sudden heart attack en route to the hospital. She will be greatly missed.

Mary Ann was born on March 18, 1945 in Wamego, Kansas to Dale Chalmer and Marsella Ann (Stadler) Ruff, both deceased.

Mary Ann grew up in Rossville, Kansas and graduated from Rossville High School in 1962. Upon graduation she began working for various companies around the Topeka area, including Shelter Insurance in the Claims Department and managed lounge at the American Legion Auxilary Post 400 in Topeka. Mary Ann’s desire to see more of the world lead her to move to Kansas City in 1991 and she studied and became a licensed travel agent, which allowed her to travel more and see the beauty the world has to offer. Eventually she found herself moving to the Palm Springs area of California where she worked as an office administrator until she retired in 2009.

Mary Ann married Stephen Diehl but were granted a divorce in 1974. They had a son in 1970, Jason Christopher, who survives his mother and lives in West Hollywood, CA, not far from Mary Ann’s home in Beaumont. Mary Ann is also survived by a brother, Frank Ruff (Lorraine), in Davidsonville, MD.

During the course of her life, Mary Ann enjoyed many surprising activities, including volunteering her time and talents by making quilts for veteran’s groups. She also enjoyed playing billiards and proved to be quite the pool shark. In the 1980s she often placed in the top 3 positions in the Kansas Women’s Billiards Tournament and even garnered First Place trophies in both singles and doubles tournaments.

Mary Ann will be interred next to her mother at the Rossville Cemetery in Rossville, KS after a graveside service on January 15th, at 1:00pm. The family welcomes any friend, relative or acquaintance of Mary Ann to attend the service. The service is being arranged by Piper Funeral Home in St. Marys, KS

The family would like to thank everyone who has expressed their condolences at her loss and hope that Mary Ann’s loving warmth and caring remain in the hearts and minds of those individuals that were lucky enough to spend time in her presence.

In lieu of flowers the family requests memorial donations be made to the American Heart Assoc., 7272 Greenville Ave., Dallas, TX 75231, Condolences may be left on Mary Ann's online guest book at www.piperfuneralhome.com.

To order memorial trees or send flowers to the family in memory of Mary Diehl, please visit our flower store.