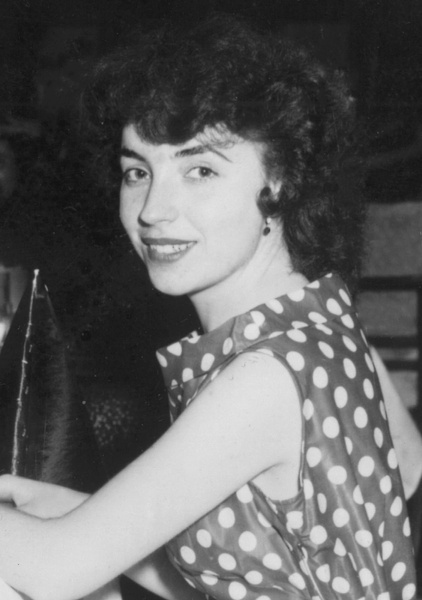 Mary Bernadette (Monaghan) Carroll, age 85, passed away Saturday, January 9, 2021 at the St. Mary's Hospital in St. Mary's, Kansas. She died with family by her side after receiving the Last Rites of the Catholic Church.

Mary was born October 13, 1935 in Dublin, Ireland to Bernard and Anne (Colgan) Monaghan, the oldest of six children, three boys and three girls. She had many fond memories of growing up in Ireland with her family and neighbors in Donnycarney, as well as her school days in Marino taught by the Sisters of Charity. She lovingly remembered her Grandma and Grandpa Colgan, her Monaghan relatives, especially her Aunt Bridgid, Uncle Joe, Aunt Mary, and she would often recall "the golden memories of my summers in Rush." When she was 19, Mary moved to London, England where she held a job as a secretary. Two years later, she crossed the Atlantic Ocean aboard the Queen Elizabeth, landing in New York City on route to Chicago.  She worked for a lawyers’ office and a publishing company as an executive secretary.

In 1991, Mary moved to the St. Mary's community for the Traditional Latin Mass. She was a devout Catholic who cherished her faith.

To order memorial trees or send flowers to the family in memory of Mary Carroll, please visit our flower store.