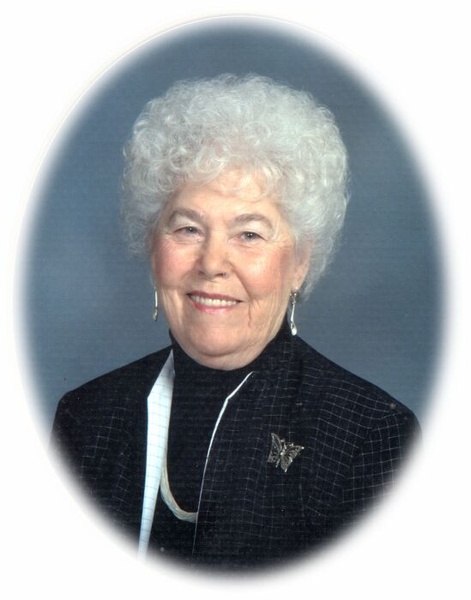 Mary was born on May 12, 1923 to Emil and Mary VandeVelde Mattan, She was born at home on the family farm northeast of Delia, Kansas where she was raised. She was the seventh of eight children.

Mary attended grade school at Adrian Public School District 65, a one-room schoolhouse two miles west of the family farm home. She was a 1941 graduate of Delia High school. In 1942 Mary moved to Topeka, Kansas and worked at Capper’s Weekly Publication in the advertising and subscription department. While in Topeka she was courted by Kenneth Vincent Cowan and they were married February 12, 1943 at Sacred Heart Catholic Church in Delia, Kansas.

After Kenneth returned from World War II they settled in Rossville, Kansas where they lived until 1984. There they raised four children – Diana born in 1947, Vicki born in 1950, Denise born in 1956 and Mark born in 1959. In 1984 Kenneth and Mary moved to Silver Lake, Kansas. Kenneth passed away in 2003. In 2017 Mary moved to The Healthcare Resort of Topeka.

Most important to Mary was family and faith. She was a caring and loving wife, mother, grandmother, aunt, daughter, sister, and niece.

Memorial contributions may be made to Midland Hospice or St. Stanislaus Catholic Church and sent in care of Piper Funeral Home, 714 Maple Street, St. Marys, Kansas 66536.  To leave online condolences go to www.piperfuneralhome.com.

Due to Covid 19 restrictions, everyone attending will need to wear a mask and practice social distancing.

To order memorial trees or send flowers to the family in memory of Mary Cowan, please visit our flower store.