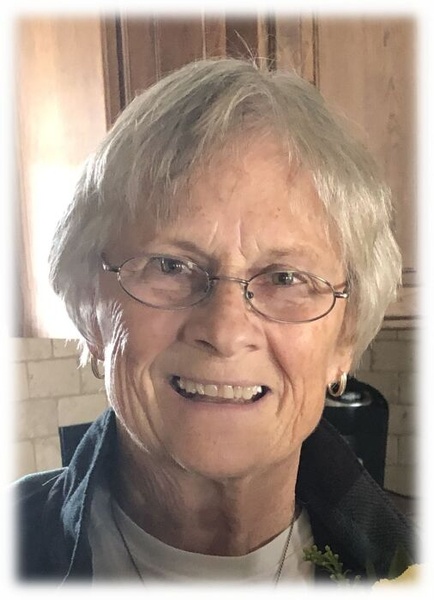 She was born in Corning, the daughter of Gilbert J. and Rosalia E. Broxterman Scott on November 12, 1946.  Marsha graduated from Rossville High School.

Marsha worked in health care for many years.  She later became a para-professional at St. Marys Grade School, where she retired after many years of service.  She chose this profession to watch her grandchildren as they passed through each class at SMGS.  Marsha was a member of Immaculate Conception Catholic Church.

Marsha D. Scott and Francis M. “Frank” DeDonder were united in marriage on November 27, 1965, at Holy Name Catholic Church in Topeka.  He preceded her in death on August 25, 2016.  She was also preceded in death by her parents, a brother, Randy Scott, and sister, Michelle Cowger.

Mass of Christian Burial will be celebrated at 10:00 A.M. Wednesday, April 14, 2021, at Immaculate Conception Catholic Church in St. Marys. Marsha will lie in state and, the family will receive friends at the Church from 5:00 P.M until the Rosary at 7:00 P.M. on Tuesday, April 13, 2021.  Interment will be at Mt. Calvary Cemetery at a later date.  Memorial contributions may be made to, Food For The Poor, Sisters of St. Joseph, or the Immaculate Conception Adoration Chapel Building Fund and sent in care of Piper Funeral Home, 714 Maple St., St. Marys, Kansas 66536.

To order memorial trees or send flowers to the family in memory of Marsha DeDonder, please visit our flower store.