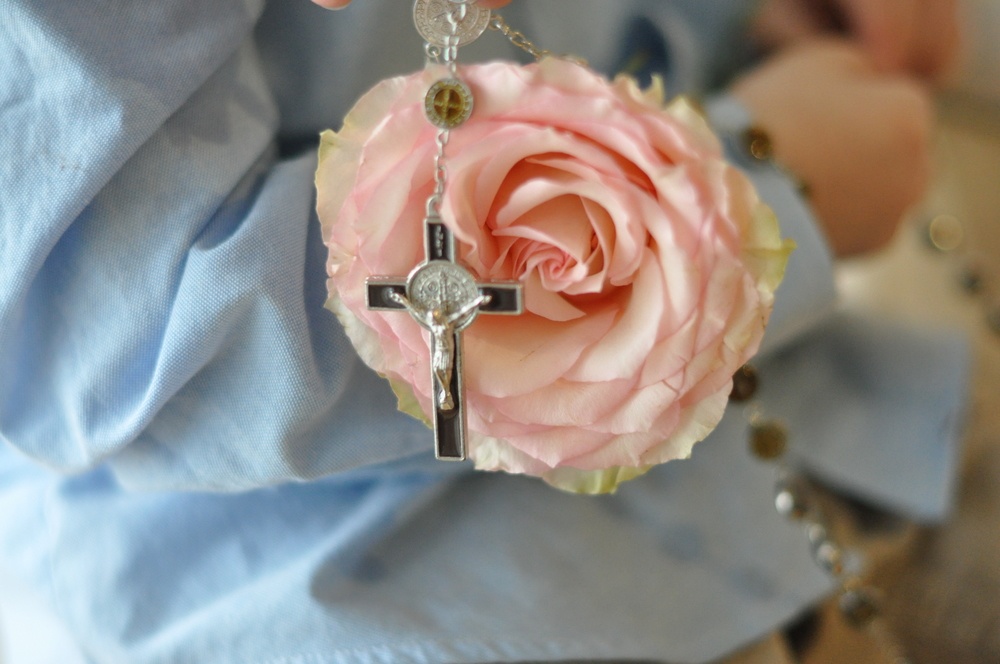 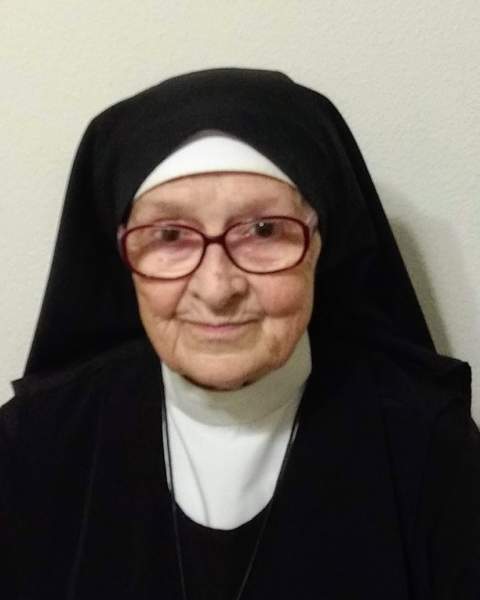 Sister Mary Marcel, aka. Marian Kaiser, passed away peacefully on August 27, 2022 in the presence of family members at the home of her daughter Margie Riccomini, where she spent the last two months of her 94 years.

Born to Harold and Elsie Gauthier July 27, 1928, in Rugby, North Dakota, she was the third eldest of seven children growing up on a dairy farm in Williston, North Dakota.  She married Thomas Charles Kaiser June 16, 1952, at age 24.  They had seven children in seven and a half years while living in Williston.  Thomas was transferred to Bakersfield, California, in 1963 where all the children grew up.

In 1980 Marian and most of her children moved to St. Mary’s Kansas to be part of a growing Catholic community. Thomas passed away from cancer October 12, 1992 at the age of 64. With all her children grown and married, Marian chose the religious life as a way to live out her widowhood. Taking the habit as a 3rd order oblate sister of a traditional Catholic fraternity, Marian found fulfillment in a life of prayer and service.  She very much appreciated being told by her superior that her work made her a mother in a two-fold sense.

After carrying out assignments in Connecticut, Texas and Arizona, she was permitted to live out her last years close to her extensive family in Kansas who provided support and consolation as she prepared herself for the next life.

A matriarch by any metric, she will be remembered for her unshakable faith, unwavering trust, self-sacrificing love, irrepressible personality and unmatched wit, none of which failed her for a moment even as she was called from us. May she rest in eternal peace.

Requiem Mass will be following the Rosary that will be recited on Monday, September 5 2022 at 8:20 A.M. at Assumption Chapel.  Burial will follow the mass at Our Lady Of Peace Cemetery.

To order memorial trees or send flowers to the family in memory of Marian L. Kaiser, please visit our flower store.