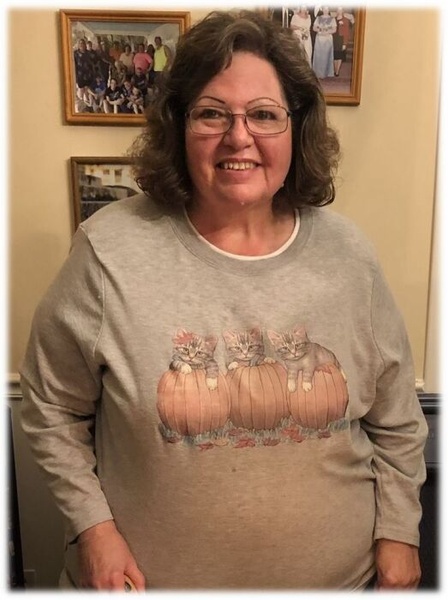 Peg was born November 15, 1949, in Onaga, the daughter of Joseph A. and Eldora M. Kenworthy McGrath.  She was raised in the Emmett community and attended Holy Cross Schools until her Senior year and graduated from St. Marys High School in 1967.  Peg received an associate degree in Religious Studies from Benedictine College in Atchison.

Peg began teaching preschool religion at Immaculate Conception in 1989, she then taught sixth grade. She trained under Wanda Forese and became the Director of Religious Education until her retirement in May of 2016.  Peg was instrumental in the RCIA, and the Regional RCIA.  She was the head of the Confirmation and was the Baptismal coordinator for St. Marys, Wamego, Rossville, Emmett, Delia, and Paxico.  She was a graduate of the Menninger Bible Study Program and was the Virtus Coordinator/Safety Compliance person for Immaculate Conception Catholic Church since 1997.  Peg taught a bible study program every year at Lent.  Peg was a co-owner of Wehner’s Thriftway in Rossville and Silver Lake.  Peg enjoyed old cars and attending Car Shows.

Peg was preceded in death by her parents, and two brothers, Francis Jodean McGrath, in 1947 and James A. McGrath in 2001.

Mass of Christian Burial will be at 10:00 A.M. Wednesday, December 29, 2021, at Immaculate Conception Catholic Church in St. Marys.  Interment will be at St. Joseph’s Catholic Cemetery, Lillis. A rosary will be recited at 7:00 P.M. Tuesday, December 28, 2021, at Piper Funeral Home.  Peg will lie in state and the family will receive friends from 5:00 until the rosary.  Memorial contributions may be made to the Immaculate Conception Religious Education Program or the American Cancer Society and sent in care of Piper Funeral Home, 714 Maple Street, St. Marys, Kansas 66536.

To order memorial trees or send flowers to the family in memory of Margaret Wehner, please visit our flower store.