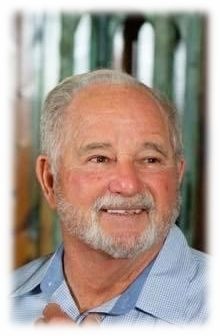 Larry was born September 23, 1940, at Waterville, the son of Vernon and Emma Henrich Nider.  He was raised at Blue Rapids and graduated from Blue Rapids High School in 1958.

Larry was a Carman and later a welding supervisor for BNSF Railroad before retiring.  Larry was an avid golfer and had played 18 holes the day he went into the hospital.

On September 8, 1961, Larry and Penny Delfs were united in marriage in Alma. They lived in Topeka until 1973 when they moved to Rossville.  They moved to Bella Vista, AR in 2001 and moved back to Rossville in 2009.  Penny “Mamo” survives of the home.

Larry was preceded in death by a son, Brad Nider; his parents, siblings, JoAnn, Lanie, Dean, Bill, and MaryAnn.

To order memorial trees or send flowers to the family in memory of Larry Nider, please visit our flower store.