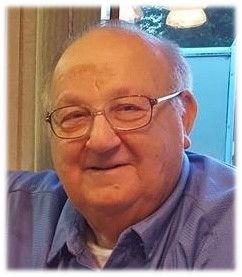 On September 3, 1956, Larry was married to the love of his life, Frances Elizabeth Braun in Breckinridge, MN, and the two started their life together and raised three sons, Steven, Michael and Tom.  In December of 1958, he joined the United States Army and was stationed in France where he worked in radio communications and radio transmitter repair; he was honorably discharged in December of 1964 as an (SP5).

Following the military, Larry went on to work in construction as a general contractor where he built homes in and around the Necedah, Wisconsin area for more than 25 years. He excelled and enjoyed fixing or repairing anything electrical or mechanical.  In the early 1980s, he started a frozen pizza business while also developing and marketing ancillary supporting products for the frozen pizza industry. Upon retirement, he moved to Mesa, Arizona where he resided for 20 plus years. He was a religious and devout Catholic and a member of Our Lady of Sorrows Catholic Church in Phoenix, Arizona.

To order memorial trees or send flowers to the family in memory of Larry Horak, please visit our flower store.