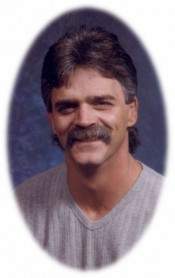 Kevin L. Chase, 53, passed away Tuesday, April 30, 2013 at the Deseret Health and Rehabilitation Center in Onaga.

He was born June 13, 1959 at Ottawa, the son of Arvin L "Smokey"and Karen S. Frack Chase. Kevin attended Ottawa and Pomona High Schools. He was a maintenance worker and had lived in St. Marys since 1999.

On June 24, 2000 Kevin and Linda Erikson were united in marriage. Linda survives of the home.

Memorial services will be 7:30 P.M. Friday, May 10, 2013 at Piper Funeral Home in St. Marys. The family will receive friends from 6:00 until 7:30 Friday evening also at the funeral home. Memorial contributions may be made to the Kevin L. Chase Memorial Fund and sent in care of the funeral home. Online condolences may be sent to www.piperfuneralhome.com.

To order memorial trees or send flowers to the family in memory of Kevin Chase, please visit our flower store.