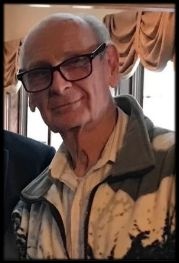 Kenneth (“Ken”) H. Weger, 79, passed away from complications resulting from COVID-19 on January 28, 2022 surrounded by loved ones.

Ken was born in Chicago, Illinois on July 12, 1942, to parents, John Weger and Loretta Weger (née Zirbes). He grew up in Chicago and went to school there.

As soon as he graduated from high school, Ken and a buddy decided they would join the Marines. Ken would wryly recall that it was his friend’s idea, but while his friend failed the physical, Ken got shipped off to boot camp. After his enlistment was over, Ken went to the University of Illinois on the G.I. Bill and earned a bachelors in electrical engineering.

As commercial use of computers was expanding, there was a sudden need for programmers and Ken started a career as a computer programmer that would span several decades. In his last years as a programmer, he was employed by American Software, Inc. and Montana Power and Light. In 2000, Ken retired from programming and moved to Saint Marys, Kansas. Although he retired, he never stopped working—always busy working as a “handy man” or fixing up old cars.

Anyone who knew Ken would be familiar with his relentless sense of humor and his enormous generosity. He created friendship and family with the people he encountered because of his warm heart and open personality. He was always eager to help with a project and it seemed as though there was no limit to his knowledge and ability to fix things. He loved to share stories about the “hot rods” that he fixed up and drove as a kid and how his innate sense of mischief spiced up his time in the Marine Corps.

To order memorial trees or send flowers to the family in memory of Kenneth Weger, please visit our flower store.