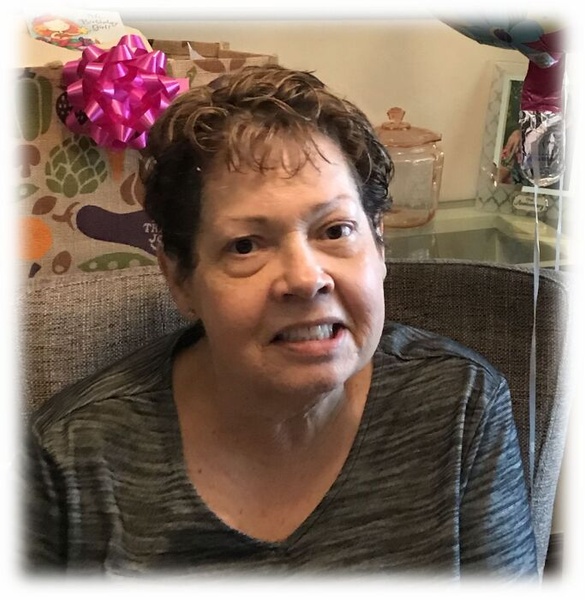 She was born June 24, 1955, in Topeka, the daughter of Maurice L. and Mary E. (Logan) Gleason.  Joyce grew up in the Dover community and graduated from Mission Valley High School in 1973.

Joyce worked for Whelan's; she was a legal secretary for Frank Rice and then Joe Patton.  She moved to McPherson, where she managed an apartment complex.  Joyce move to Tulsa, OK., in 1985, where she transcribed court documents.  Later she & her husband, Tim decided to buy Feet First, a shoe store that had been around for many years.  Joyce operated the store for 12 years, along with her kids & husband.  During this time, she had many wonderful employees who became like family.  She had a huge heart, so much so she formed close giving relationships with “Family & Children Services”,  “ Jenks East Elementary’s PE Teacher” & others.   New shoes were donated each season and she always had donation bins for gently used shoes.   It was also important to her that the shoe maintained the feel of a small traditional family business.  Tim & Matt were known as the fish men while Melinda worked along side Joyce. Once her her health started to decline, she decided to retire & spend more time with family.

Family and friends will have a Celebration of Life on Saturday, April 17, 2021, at Maple Hill.  Inurnment will be at a later date in Oklahoma City, OK.  Memorial contributions may be made to Midland Hospice and sent in care of Piper Funeral Home 714 Maple St., St. Marys, Kansas 66536.  To leave online condolences, go to www.piperfuneralhome.com

To order memorial trees or send flowers to the family in memory of Joyce McCoy, please visit our flower store.