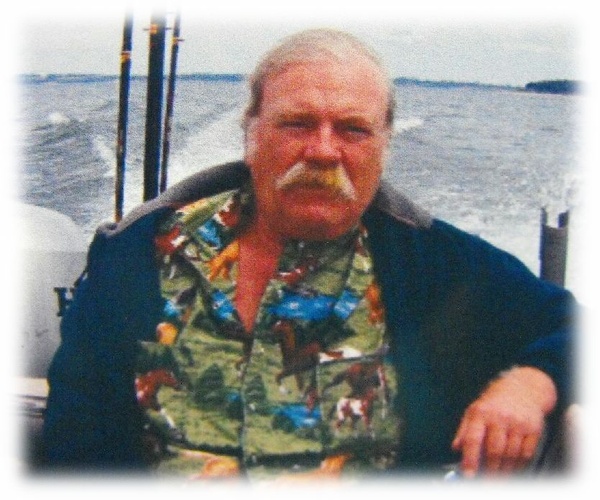 He was born January 16, 1944 in Topeka, the son of David and Anna Stehlin Cunningham.  He graduated from Topeka High School.  Joe worked construction at missile base sites before entering the US Navy serving in the Vietnam War. Joe credits reading the Bible for saving his life in Vietnam.

Joe was an auto mechanic.  He lived in Kerrville, TX, before moving to Valley Falls in 1987.  Joe was an avid outdoorsman, he loved hunting (coons, birds and deer) he also enjoyed fishing.  Joe was a gardener and was a member of Topeka Area Water Garden Society.  He helped build many ponds in Topeka.  He was an accomplished woodworker, taking a raw log and making it into grandfather clocks and other items.  Several of his clocks were used for fundraisers for Jefferson County Hospice.  Joe was a member of the Topeka Gun Club and the Overbrook Muzzle Loading Club.

He was preceded in death by his parents; a brother, Richard and two sisters, Anna and Marilyn.

On August 1, 1980 he was united in marriage to Judy Hesse at Westmoreland.  She survives of the home.  His two children, Joseph F. Cunningham III (Little Joe) and Melodee Lynn Shinn from a previous marriage survive; 6 grandchildren and 3 great-grandchildren

Mass of Christian Burial will be celebrated at 10:00 A.M. Tuesday, December 3, 2019 at the Immaculate Conception Catholic Church in Valley Falls.  Interment will be in Bloomfield St. Paul’s Cemetery Valley Falls.  Joe will lie in state from 8:30 until service time on Tuesday at the church. In lieu of flowers memorial contributions may be made to DVA and sent in care of Piper Funeral Home, 714 Maple Street, St. Marys, Kansas 66536.

To order memorial trees or send flowers to the family in memory of Joseph Cunningham, please visit our flower store.