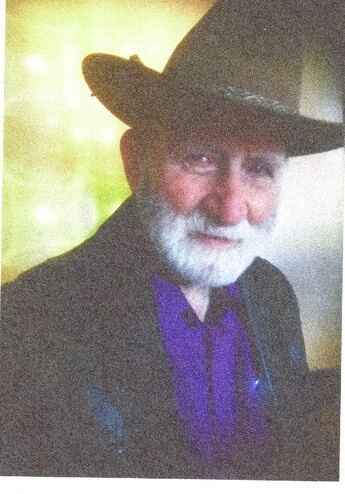 Joseph M “Joe” Conley passed from life into eternity on Wednesday, June 29, 2022, at the St. Marys Manor in St. Marys, Kansas.  He was 88 years old.  Joe spent most of his life farming north of Delia in southwest Jackson County.

Joe was born to James Lewis and Bess (Mercer) Conley on December 21, 1933.  He was their only child.  He grew up in Rossville and on a farm near Sandy Hook along the Kansas River southwest of Rossville where he attended school and graduated in 1951.  He was a 4-H member taking projects to county, state, and the national level.  He attended Kansas State University for two years.  Mr. Conley served in the United States Army for two years being stationed in Germany.

On March 12, 1958, Joe married Pauline Marie Timmons at Manhattan Christian College Chapel in Manhattan.  After a whirlwind honeymoon, Joe and Pauline settled into farming with his dad north of Delia.  He continued to remain active on the farm into his eighties.  Joe served on several board of directors including St. Marys Farmers Union Coop, Federal Land Bank Association, and Kaw Valley Electric for forty-nine years.  This led to a position on the Kansas Electric Cooperative Board of Trustees.  Mr. Conley was a member of Rossville United Methodist Church, serving as a church trustee and the pastoral relations committee, he started an annual ski trip to Colorado and later built and operated a train as a church fundraiser at various parades and local events.  He was a member of Delia Masonic Lodge, having served in each of the chairs and as Lodge Treasurer for many years.  Through the Masons, Joe became a member of the Topeka Scottish Rite, the Shriners, and the Eastern Star.  He was instrumental in starting the Delia Volunteer Fire District and founding member of the board.  Joe also served on the Cross Creek Watershed board and served as a 4-H project leader in electricity.

In addition to farming, Mr. Conley was active as a certified electrician and called on to wire new and remodeled homes as well as shops, sheds, and various other projects into his eighties.  Joe wired in his own home and the home of his son on the farm, rewired a few of his children’s homes, and worked on most of the neighbors’ places around the area.   He worked hard to be licensed as an insurance agent for Town & Country Insurance and also sold hail insurance for several years.  Joe had many interests owning antique autos, experimental aircraft, motorcycles, bicycle riding and going coyote hunting on New Year’s Day several times.  Pauline and Joe were able to travel throughout much of their marriage around the nation and to Mexico, Canada, Jamaica, and Ireland.

Family visitation is set for Tuesday, July 5 from 6:00 pm to 8:00 pm at Piper Funeral Home in St. Marys.  Services will be held at Rossville United Methodist Church on Wednesday, July 6 at 10:30 am.  Donations may be given to Rossville United Methodist Church, St. Marys Manor, or to Elara Caring Hospice of Topeka and sent in care of Piper Funeral Home, 714 Maple Street, St. Marys, Kansas 66536.  To leave online condolences go to www.piperfuneralhome.com.

To order memorial trees or send flowers to the family in memory of Joseph M. Conley, please visit our flower store.