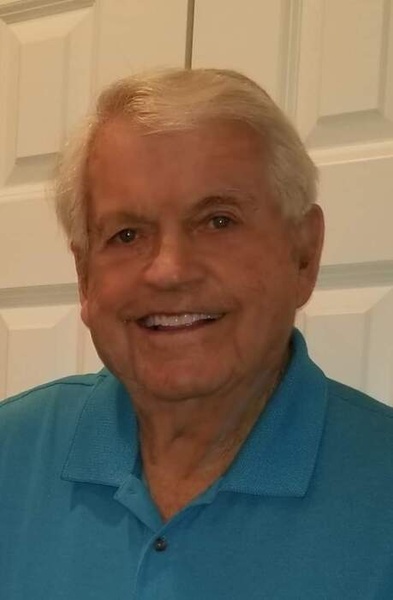 He was born August 6, 1938, in Topeka, the son of William “Bill” and Alverine Tibbets Dick.  Jerry was raised in Topeka and attended Highland Park High School and graduated from Lecompton High.  Jerry excelled in sports and even played on the junior high school basketball team as a fifth grader.  He played and excelled in all sports in high school, and continued to participate in a variety of athletics long into his adult life.

When not at the ballfield, basketball court or bowling alley, you would probably find Jerry and the family camping at Perry Lake or traveling the country.  He and his wife Kay rode in all 50 states on a motorcycle.

Jerry worked at GoodYear Tire and Rubber in Topeka.  He retired in 2000 after 40 years of service.  Jerry was a member of Eastside Baptist Church.  He also was a member of Local No 307 United SteelWorkers Union in Topeka.

Jerry was preceded in death by his parents, a sister Jean Kesinger, and his daughter, Troy Layne Adkins.

Jerry was united in marriage to Kathleen Edwards Robison in 1961. She survives.

Funeral services will be at 11:00 A.M. Friday, December 3, 2021, at the Rossville Christian Church.  Interment will be at the Historic Topeka Cemetery.  Jerry will lie in state and the family will receive friends from 6:00 until 8:00 P.M. Thursday, December 2, 2021, at the church.  Jerry was a very generous man and enjoyed doing random acts of kindness.  Please consider doing a random act in memory of Jerry.  Memorial contributions may be sent to Piper Funeral Home, 714 Maple Street, St. Marys, Kansas 66536.

To order memorial trees or send flowers to the family in memory of Jerry Dick, please visit our flower store.