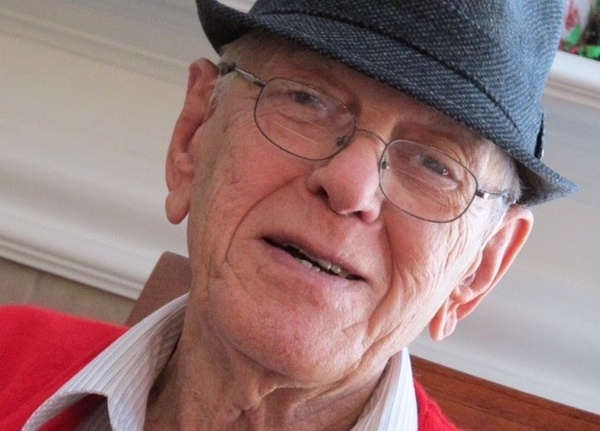 JK was born February 26, 1927 in Emmett, Kansas, the son of Michael L. and Victoria M. Hrenchir Reilly. He spent most of his early life with Martin J. Reilly, his uncle, in Emmett.  Martin was JK’s father figure.  JK graduated from Emmett High School in 1946 where he participated in track, basketball, and was known as a bit of a prankster.

On November 14, 1950, Jim and Catherine C. Dohrman were united in marriage in Topeka.  Shortly after marriage he served in the United States Army at White Sands Proving Ground near Las Cruces, New Mexico.

JK, was an active member of Mater Dei –Holy Name Catholic Church and the Eagles.  In his younger years, he was an avid bird hunter and enjoyed archery.  He was a practical joker and was known to have stolen several newlywed brides away from their wedding receptions.  He and Catherine loved playing cards and dancing.  They helped many family members with building and remodeling projects, including building son Steve’s house in Salina.

Jim and Kate were married 59 years.  She preceded him in death on April 22, 2009.  JK was also preceded in death by his siblings Michael, Martin, Harold Francis, Edward, Mary Rita, Joan Therese and Patrick.

Masks and social distancing are required per Shawnee County.

To order memorial trees or send flowers to the family in memory of James Reilly, please visit our flower store.