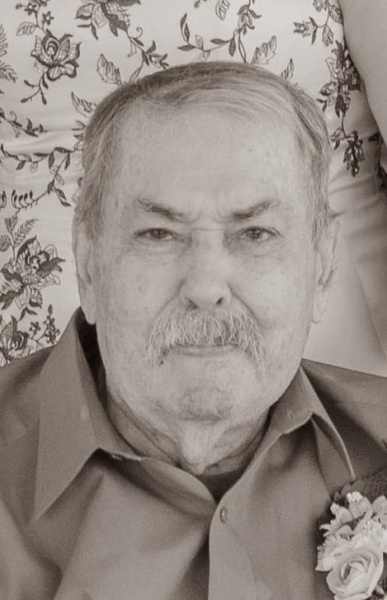 He was born on August 28, 1937, in Topeka, Kansas. The son of James Preston Adkins and Viola Thompson Adkins.  He grew up in the Rossville/Dover area and graduated from Rossville High School.

Lou was a loving father, grandfather, and brother. Lou was a devoted Christian and was always there when someone needed a helping hand; he will be missed by all of those whose lives he touched.

Lou was preceded in death by his daughter Valerie Eastman; his brother Otis Reed; his sister LaVerne Hoffman: and his sister Lorraine Adkins.

Lou had a passion for hunting, fishing, traveling, and playing his guitar.  He loved his bluegrass music. He was always quoting phrases from John Wayne movies; his favorite quote was “never apologize, it’s a sign of weakness,” which he told anyone who apologized to him. He loved to pass out gold dollars to little kids and pretty ladies. He found joy in the way the kid’s eyes would light up. He was also a beekeeper for a while.

Lou got his passion for refrigeration work while working alongside his best friend Dean Smith, when they were younger, working on the ice cars on the trains in Topeka. He later worked at the Menninger Foundation in Topeka, retiring from there in the late 1970s. In 1981 he moved to Eureka Springs, AR, starting his business Adkins Refrigeration, which he managed until his retirement in 2010.

He was a member of the Masonic Lodge in Dover, Kansas

Lou was a member of the First Christian Church in Eureka Springs. He enjoyed serving his church as a deacon/elder and Sunday school teacher.  Lou started the annual fish fry several years ago for the congregation that continues to this day.

In lieu of flowers, memorial contributions can be made to First Christian Church, 763 Passion Play Road, Eureka Springs, AR 72632.

A memorial service is planned in Eureka Springs at First Christian Church for November 21, 2020, at 10:00 am.

To order memorial trees or send flowers to the family in memory of James Adkins, please visit our flower store.