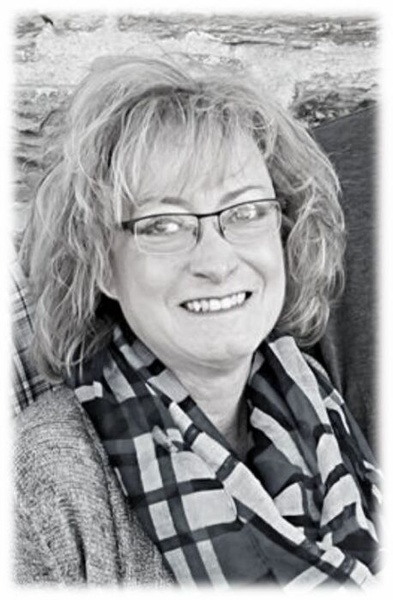 Jacalyn “Jackie” Jill Gideon Maike, 55, passed away in the early hours of Sunday, August 1st, 2021, at Methodist Stone Oak Hospital in San Antonio, Texas after a brief battle with cancer.

Jackie was born August 30th, 1965, in Topeka, Kansas, to Arnold and DeAnn Sump Gideon. She was raised in the Maple Hill community and belonged to the Maple Hill Hustlers 4-H Club. Jackie attended both Wabaunsee and Rossville high schools, graduating from the latter in 1983. Upon graduating high school, she attended Kansas State University for a year, before switching to cosmetology school.

On November 5th, 1988, Jackie married the love of her life, John Rau Maike Jr. in Maple Hill, KS at the Maple Hill Community Church. He survives at their home.

Jackie was a dedicated hair stylist, working for Master Cuts for twenty-five years. She worked hard, becoming Regional Manager for several years, before settling back down at home as a salon manager to spend more time with her family. She left the industry in 2009 due to being diagnosed with multiple brain meningioma tumors. Later, Jackie would spend her time working the front desk at Flint Hills Gun Works, helping her husband fulfill his dream of owning and operating a full-service gun shop. She loved spending time researching her family’s genealogy and figuring out all she could about where her ancestors came from. She helped some adoptees find their birth families along the way and enjoyed helping others with their family trees.

Jackie loved to travel, stopping frequently at cemeteries along the way, searching for family history. She and John enjoyed sneaking off to the mountains of Colorado whenever they could. She loved visiting her grandchildren in Kansas and spending her afternoons on the phone with her grandchildren in Alabama.

Funeral services will be at 11:00 A.M. Saturday, August 14, 2021, at Piper Funeral Home in St. Marys.  Interment will be in the Maple Hill Cemetery, Maple Hill, Kansas.  The family will receive friends from 5:00 until 8:00 P.M. Friday, August 13, 2021, at the funeral home.  Memorial contributions may be made to the Jackie Maike Memorial for Medical Expenses can be sent in care of Piper Funeral home.

To order memorial trees or send flowers to the family in memory of Jacalyn Maike, please visit our flower store.