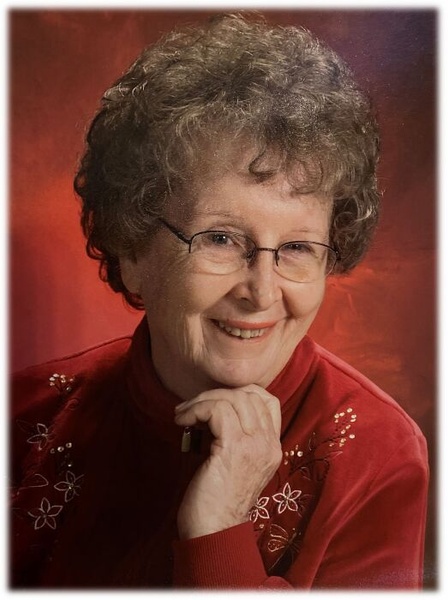 St. Mary’s resident, Irene Ruth (Wilmot) Haase, 84, went to be with her Lord and Savior on Wednesday, January 6, 2021, at the Onaga Health and Rehab Center, Onaga, KS.  Throughout her 84 hers of life, Irene found solace in her faith in Jesus Christ.  She will be greatly missed by her family and friends.

Irene was born on August 14, 1936, in Axtell, Kansas to parents Allen and Ruth (Warrenburg) Wilmot.  She grew up with an older brother, Leonard, and a younger sister, Judy.  She attended school in Axtell, graduating high school in 1954.  After graduation, she moved to Topeka and worked at the State Board of Health and Environment.  While living in Topeka, she met John (Jack) Gene Seele; they were joined in marriage on February 17, 1957.  Irene grieved Jack’s unexpected passing on April 10, 1962. Upon his death, she returned to Marysville, KS to be near family and friends.  While living in Marysville, Irene met and dated Calvin John Haase.  They were joined in marriage on July 5, 1967.  Together they made their home in St. Mary’s, Kansas.  Irene was a beloved mother to her three children; Robin, Stacy, and Tim.  Favorite memories of raising her family include many camping and fishing trips.  Irene worked as a paraprofessional at St Mary’s Grade School.  She had a heart for the children under her care.  After retiring, Irene enjoyed traveling, picked up various jobs to stay busy, and developed a fervent love of reading.

In her later years, Irene moved to Kensington, KS to be near family.  She enjoyed many friendships, never turned down watching a good western on TV or a cup of coffee, and was often caught with her nose in a book. Irene spoiled her family members with homemade apricot and cherry kolaches, and she relished spending time with her grandchildren and great-grandchildren.  She prayed for her family fervently and always offered encouragement.

Irene was welcomed into Heaven by her parents, her brother, Leonard, and her husbands Jack and Calvin.   Those left to celebrate Irene’s memory include her sister, Judy Brockman of Home, Kansas, her son, Robin Seele, and wife Cindy of Rossville, KS, her daughter, Stacy Cole, and husband Wes, of Kensington, KS, and son, Tim Haase, and wife Tonya, of Everest, KS. Surviving grandchildren include Chris Seele, and wife, Erika, of Lawrence, KS, Lindsay Seele, of Overland Park, KS, Caley Cole-Robinson, and husband, Logan, of McPherson, KS, Claire Arment, and husband, Jesse, of Kensington, KS, Easlyn Koch, and husband, Scott, of Axtell, KS, and Quaid Haase, of Kansas City, KS. Surviving great-grandchildren include; Henry Seele of Lawrence, KS, Brinnley, Breeley, Briggs Robinson of McPherson, KS, Kendyl Arment, of Kensington, KS, and Calvin Koch and Baby Boy Koch #2 due in April 2021, of Axtell, KS.

Memorial contributions may be made to St. Jude Cancer Research or Shriner’s Hospital. and sent in care of  Piper Funeral Home, 714 Maple Street, St. Marys, Kansas 66536

To order memorial trees or send flowers to the family in memory of Irene Haase, please visit our flower store.