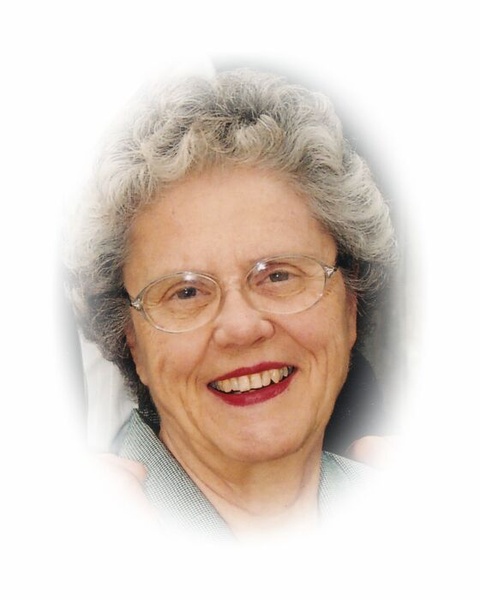 She graduated from Wamego High School in 1951. Iona attended Emporia State University for two years and received a teaching certificate. She taught in grade schools in Ellsworth and Belvue. She returned to college in the middle 1970s and received a bachelor’s degree in elementary education from Washburn University in 1979. She taught in Maple Hill for three years before moving to St. Marys Grade School where she taught until she retired. She loved to teach reading and language and enjoyed developing many hands-on projects for her classroom. Her philosophy was to evaluate her teaching strategies about once a week to meet the needs of her students.

She married Daniel Peter Baumchen on Aug. 7, 1954, at Emmett. They lived in Clay Center before moving to St. Marys in 1957. The Baumchens were married 65 years.

As a mother of seven children, her life was filled with activities and adventures. She was a longtime Girl Scout leader and Cub Scout den mother. She worked as the recreation director for the City of St Marys and was responsible for everything from scheduling umpires to booking bands for dances. Iona managed the St Marys Swimming Pool for seven years and directed a comprehensive American Red Cross swimming program for hundreds of children in St. Marys and surrounding communities. She served Immaculate Conception Catholic Church in a variety of ways, including being a lector and teaching CCD classes.

She began to quilt after she retired from teaching and made quilts for each of her children, 13 grandchildren and most of her great-grandchildren. She had a keen interest in design and color.

Iona was a wonderful cook. She had bread camp to share her techniques with her children and grandchildren. Her pie-a-month donations often were a hot item at local charity auctions.

The family will receive friends from 5 p.m. until the rosary at 7 p.m., Thursday, Feb. 10 at Piper Funeral Home, 714 Maple St., St. Marys. Mass of Christian Burial will be celebrated at 10 a.m., Friday, Feb. 11 at Immaculate Conception Catholic Church, St. Marys. Interment will be in Mt. Calvary Cemetery.

Memorial contributions may be made to the St. Marys Community Food Pantry or the Pottawatomie-Wabaunsee Regional Library and sent in care of Piper Funeral Home, 714 Maple St. St. Marys, 66536.

To order memorial trees or send flowers to the family in memory of Iona Baumchen, please visit our flower store.