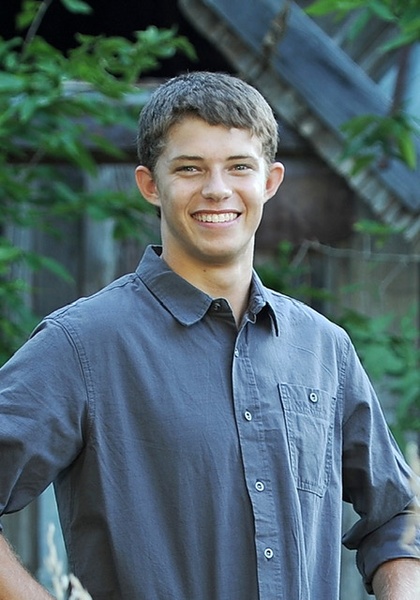 
Holden Michael Hurla, 20, of Mayetta, died January 1, 2021.  He was born June 2, 2000 in Topeka, the son of Christopher and Angela (Parnell) Hurla.  He was a graduate of Rossville High School in 2018 and earned his electrical technology certificate from Washburn Institute of Technology in 2019.  He was currently employed at PTMW, Inc. as an electrician.

Holden was known by all those that associated with him as a person with a huge heart, a great sense of humor, and a friend to anyone that he met.  In high school, his quiet demeanor gave way to his strong work ethic that led him to becoming a three-time state wrestling qualifier, a member of three state championship football teams, and a successful long-distance runner on the track team qualifying for state two years.  He was a member of National Honor Society, Future Farmers of America, and was a top ten student academically.  He was a talented woodworker with the vision to create intricate and unique designs of his own, and his creativity allowed him to produce a variety of wood and art projects. He loved the outdoors and was an avid hunter and fisherman.  He grew up as a member of St. Stanislaus Catholic Church where he was a server during mass, participated in youth group activities and was a current member of the Knights of Columbus.

He was preceded in death by an Uncle Jamie Hurla.

Mass of Christian Burial will be at 10:00 A.M. Friday, January 8, 2021, at St. Stanislaus Catholic Church in Rossville.  There will be a visitation at the church on Thursday, January 7, 2021, from 5:00 P.M. until the rosary that will be recited at 7:00 P.M.  Interment will be in Sacred Heart Catholic Cemetery at Newbury.

To order memorial trees or send flowers to the family in memory of Holden Hurla, please visit our flower store.