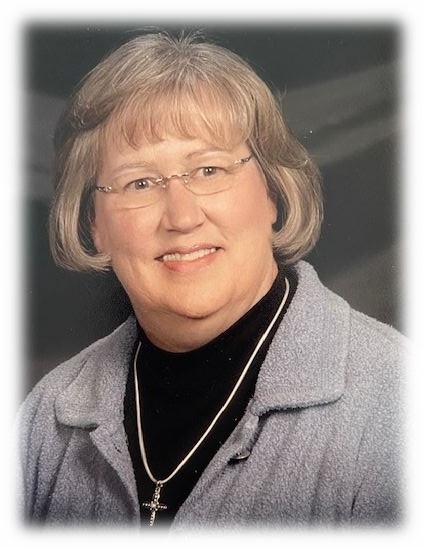 She was born September 26, 1951 at Wamego, the daughter of Clarence Meyer Jr. and Helen Agnes Vowells Meyer.  Helen was raised in St. Marys and graduated from St. Marys High School in 1969.

Helen had worked in Topeka for Dr. Carlson and Allis-Chalmers.  She worked for  United Telephone Company and then Bayers Stone Company where she worked for many years.  Helen later worked for US Stone Industries, LLC.  She was a member of Immaculate Conception Catholic Church and served on the annual picnic committee, she was a adorer and helped with funeral dinners.  Helen was the director of the St. Marys Chamber of Commerce for many years and was a member of the Literary Club.  She served several years on the PCEDC.

Helen was preceded in death by her parents and her son Shea Graham.

Mass of Christian Burial will be at 11:00 A.M. Friday, August 20, 2021, at Immaculate Conception Catholic Church in St. Marys.  Inurnment will be private at a later date.  Helen will lie in state and the family will receive friends from 5:00 P.M. until the Rosary at 7:00 P.M. Thursday, August 19, 2021, at the church.  Memorial contributions may be made to the Immaculate Conception Catholic Church Building Fund and sent in care of Piper Funeral Home, 714 Maple St, St. Marys, Kansas 66536.

To order memorial trees or send flowers to the family in memory of Helen Pauly, please visit our flower store.