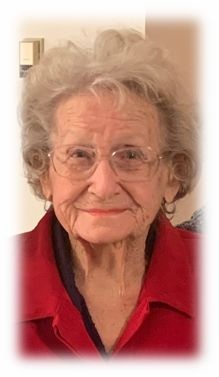 Rossville-- Helen Louise Miller, was born July 28, 1929, the daughter of Laverne and Edna Vilven Spears on a farm north of Rossville.  She passed away on her 91st birthday.  She attended Prairie Vale School, Rossville High School and attended Kansas State.

She lived most of her life in Rossville and became a snowbird going to Sun City, AZ., for the winter.  She loved to camp.  Helen was a member of the Rossville United Methodist Church and a life member of the Eastern Star.

Helen was united in marriage to Robert P. Miller.  He preceded her in death.  She was also preceded in death by her parents; a son, Earl Queen, and her sister, Ruth Larson.

Graveside services will be at 1:00 P.M. Monday, August 3, 2020, at the Rossville Cemetery, Rossville.  Memorial contributions may be made to the Rossville Senior Center and sent in care of Piper Funeral Home, 714 Maple Street, St. Marys, Kansas 66536.  To leave online condolences, go to www.piperfuneralhome.com.

To order memorial trees or send flowers to the family in memory of Helen Miller, please visit our flower store.