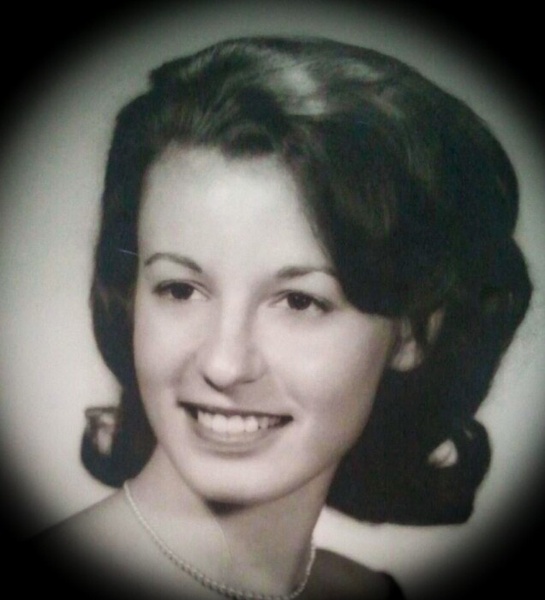 Geri was born on October 23, 1946, in Queens, NY., the daughter of Dorothy Kerekes and Martin Roland. She was later adopted by Howard Mosbacher after his marriage to her mother Dorothy. She grew up on Long Island, NY and spent most of her early adulthood there, graduating from Bay Shore High school in June of 1964. She eventually moved to Milford, Connecticut where she met Carl Thompson whom she would marry 5 months later on April 19, 1980. He survives. After the birth of her first two children, and with another child on the way, Geri fearlessly pursued the life she desired for her growing family; with a one-way state of mind and her most precious cargo seated beside her, she arrived in Kansas by train in June of 1986, fueled by her determination to immerse her children in the Traditional Roman Catholic community.

Geri’s talents were many; she was a gifted artist, writer, and debate enthusiast who was especially dedicated to advocating for her strong Faith. Often remembered for excerpting Luke 12:48, “To whom much is given, much is required,” she devoted all of her time and talents to serve God and glorify His Name. She was an inspiring woman who devoted her life to helping and healing others. If ever she heard someone had fallen ill in her community or network of long-distance friends, she was committed to restoring the health of others, whether it was physically by applying her extensive knowledge of holistic healing, or spiritually by relentlessly praying for them. Her home was open to everyone (and every cat!), and her sincere compassion and hospitality made everyone feel important.

Her greatest talent was being a loving, selfless and devoted mother. She worked tirelessly to provide for her four children, sometimes working as many as three jobs to make ends meet. Where there was a will, Geri found a way. She established “St. Mary’s Health Products” as a meager source of income to nourish the needs of those who called her “Momma”. Defying all odds, she ensured that the physical and spiritual necessities of her family were met. She often made it known that her children and grandchildren were her greatest source of pride and joy.

Geri fought a long and hard battle with cancer through which her strength and Faith remained unwavering and admirable. Through it all, she remained an obedient servant of the Lord, only further manifesting her faith in the book she wrote during her final two years. She never once lost her ability to smile and amuse others with her quick wit and soft humor. Remembering her will always be easy, it is missing her that will be met with the greatest challenge.

Geri was preceded in death by her parents, Dorothy and Howard Mosbacher, and Martin Roland.

Following Friday’s visitation, a Rosary will be said for the repose of her soul at 5:20 P.M. at Assumption Chapel in St. Mary’s.

A Requiem Mass will be at 9:00 A.M. Saturday, January 15, 2022 at Assumption Chapel in St. Mary’s, KS followed by interment at Our Lady of Peace Cemetery in St Mary’s.

In remembrance of Geri’s life and the purpose she so dearly pursued, contributions may be made in her name to the Immaculata Building Fund by

To order memorial trees or send flowers to the family in memory of Geraldine Thompson, please visit our flower store.