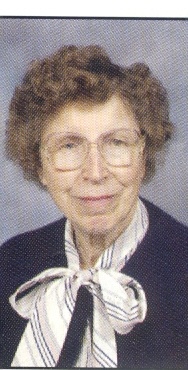 She moved to St. Marys in 1951. Mrs. Blanchat was a member of Immaculate Conception Catholic Church.

Survivors include nieces, nephews and cousins.

Mass of Christian Burial will be celebrated at 10:00 A.M. Thursday, February 20, 2014 at Immaculate Conception Catholic Church. Internment will be in Mt. Calvary Cemetery, St. Marys. Mrs. Blanchat will lie in state after 5:00 P.M. Wednesday, February 19, 2014 at Piper Funeral Home where there will be a Rosary recited at 7:00 P.M. Memorial Contributions may be made to St. Joseph Catholic School in Olpe and sent in care of the funeral home. Online condolences may be sent to www.piperfuneralhome.com.

To order memorial trees or send flowers to the family in memory of Geraldine Blanchat, please visit our flower store.