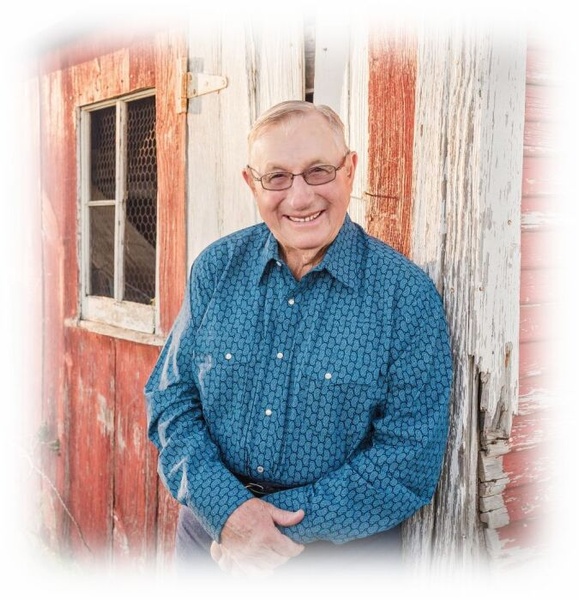 Gerald T. “Jerry” Pearl, 88, died June 11, 2020, at his home with his loving family at his bedside. He was born May 14, 1932 on a farm near St. Marys referred to as the “Sandy Hook” community.  He was the youngest of six children born to Thomas M. and Florence G. Doyle Pearl.  Mr. Pearl attended James Grade School in rural Shawnee County. He graduated from St. Marys High School in 1950.  He served in the U.S. Army from 1954-1956, in the post Korean War and was honorably discharged in 1962. He was nicknamed “Muscles” in high school and “Gates” in the military, referring to the “Pearly Gates.” When he returned from the service, he continued to work on the family farm. Jerry never knew a stranger and gave a helping hand to those in need.  Besides a firm handshake, you would know him from his signature wink and thumbs up.

Jerry was a lifetime member of the Immaculate Conception Catholic Church; he was a faithful adorer, an Honorary Life Member of Knights of Columbus Council #657 and the Thomas A. McNeive Fourth Degree Assembly. For many years, he served as a member of the Honor Guard for deceased members of both the Knights of Columbus and the American Legion. On Memorial Day weekend, he would travel with the American Legion Firing Squad to the area cemeteries to honor the deceased veterans. In 2015 Jerry and other chosen veterans traveled to Washington, D.C. on the Wamego Honor Flight.

He was a member of the Citizen Potawatomi Nation and the CPN Veteran Association.  Jerry and his wife Hildegard would make an annual trip to Shawnee, Oklahoma to the festival and also were part of the Trail of Death caravan. They coordinated a naming ceremony for 28 family members to receive their Indian names.  They owned and operated G & H Pearl Farms and Pearl Trucking. He was a member of the Tri-County Drainage board for many years. Jerry also enjoyed his family, farming, ranching, traveling, and woodworking. He was a jack of all trades.

Jerry was an active member of AA for 43 years and was a mentor to many in recovery up until his death.

Jerry was united in marriage to Hildegard J. Taphorn, on April 12, 1958 at St. Gregory’s Catholic Church in Marysville, Kansas. They met through the CYO and loved to dance. Hildegard preceded him in death in 2014.  Mr. Pearl was also preceded in death by their infant son, Johnny, his brother, J.B. Pearl, his sisters Marjorie Guerich, Maureen Harris and his great-granddaughter, Parker Monhollon.

He is survived by his eight daughters that he called his “String of Pearls”: Colleen Monhollon, (Jim Meyer), Rossville, Cathy Pearl, Manhattan, Christy (Dave) Ronsse, Gerry Lou (Dan) Marstall, St. Marys, Mary (James) Wurtz, Ginger (Jerry) Flach, Paxico, Angie Leuthold (John Burns) Wamego, and Michelle (Ryan) Martin, St. Marys; his brother, Bob Pearl of Parma Heights, OH, his sister, Sr. Virginia Pearl, CSJ, of Concordia, his sister-in-law, Eileen Pearl, formerly of St. Marys and the entire Taphorn family.  Mr. Pearl has 18 grandchildren, 21 great-grandchildren, numerous nieces, nephews, and many great friends. He is also survived by his fiancé, Betty Narolis, Topeka and her daughters, Laura McVay and Georgianne Crow.  He loved to joke and tell stories and was very ornery with all. His smile was his greatest feature. He loved his pie first, followed by his cheeseburger, and he shared these meals with his grandchildren.

To order memorial trees or send flowers to the family in memory of Gerald Pearl, please visit our flower store.