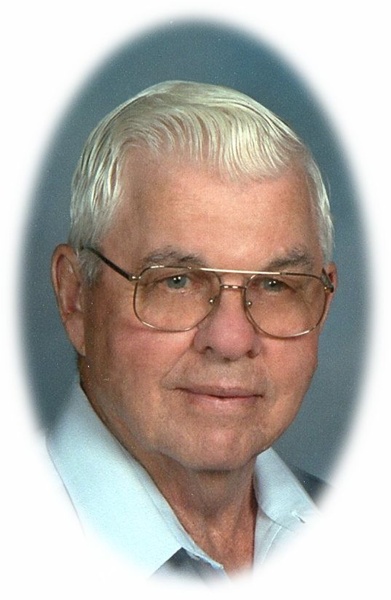 Emmett-Frank J. Kennedy, 87, died Saturday, July 28, 2018 at the Sunflower Memory Center at the Topeka V.A. He was born February 16, 1931 at Emmett the son of William L. "Bill" and Agnes C. Reilly Kennedy. He attended Holy Cross Catholic Grade School and graduated from Emmett High School in 1949. Frank served in the US Air Force from January 25, 1956 until July 30, 1959. Frank owned and operated Kennedy Oil Company in Emmett from 1959 until he retired in 1993, although he was at the station every day for many years after he officially retired. He was very active in the Emmett community. He had served as mayor and on the city council. He was a member of the fire department and had been fire chief. Frank was a past member of the Lions Club and had coached baseball in the 60's. He was a member of Holy Cross Catholic Church and served on the church board. On September 14, 1955 he was united in marriage to Phyllis J. Carr in Albuquerque, NM; she preceded him in death on December 17, 2015. Frank was also preceded in death by his parents and siblings, Eugene and Betty. Survivors include his children, Joe (Brenda) Kennedy, Debby Fischer and Bill Kennedy all of Emmett; his grandchildren, Chris Kennedy, Adam (Amy) Kennedy, Lacey (Tim) Niehues, Amanda Morgan and Markie (Matt) Berry; great-grandchildren, Landon , Quinn, Abigail, Chase, Kinley, Marek, Liam and Nora. Mass of Christian Burial will be at 10:00 A.M. Friday, August 3, 2018 at Holy Cross Catholic Church in Emmett. Inurnment with military honors will be in the Holy Cross Cemetery Emmett. The family will receive friends from 5:30 until the Rosary at 7:00 Thursday, August 2, 2018 at Piper Funeral Home. Memorial contributions may be made in Frank's name and sent in care of Piper Funeral Home, 714 Maple Street, St. Marys, Kansas 66536.

To order memorial trees or send flowers to the family in memory of Frank Kennedy, please visit our flower store.