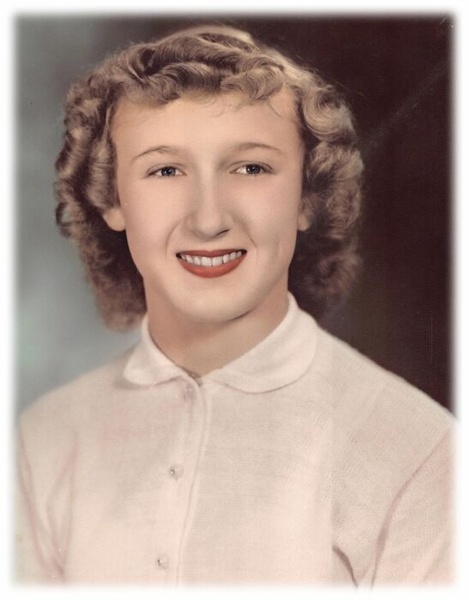 Emma L. (Pageler) Yocum went to be with her Lord and Heavenly family on Thanksgiving night, November 25, 2021, at the St. Marys Manor.

Emma was born on January 5, 1934, on a farm north of Belvue, KS and spent her entire life in the St. Marys, KS area.  She was the only daughter of Reinhardt and Vaneta (Cox) Pageler.  She attended a one-room school north of Belvue, Belvue Grade School, and graduated from St. Marys High School in 1952.  After graduation, she married her high school sweetheart.

She worked as a clerk for Blue Cross and Blue Shield until she became a stay-at-home mother to raise their 4 boys.  She later worked for the Standard Gas Station in St. Marys.  She worked as a para-professional for USD 321 from where she retired in 1996.

Emma filled her life with many activities in the community, including teaching Sunday School at St. Marys United Methodist Church.  She also enjoyed dancing with the Swinging Squares.  She and her husband, Nick were active in their children’s and grandchildren’s activities.

She is survived by her loving husband of 68 years, Clarence “Nick” Yocum.  They were married on September 13, 1953, at the Evangelical & Reformed Church-Wells Creek.

To order memorial trees or send flowers to the family in memory of Emma Yocum, please visit our flower store.