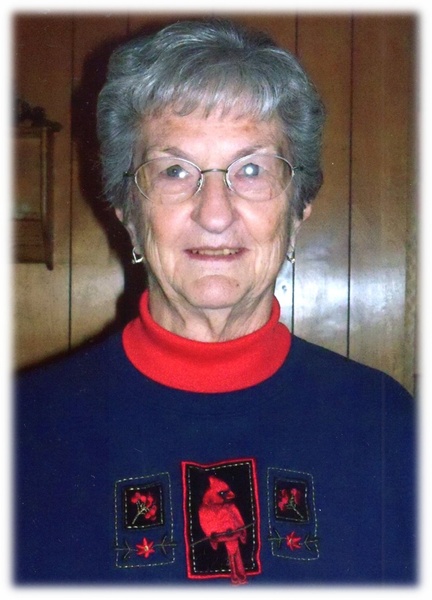 Ellen Teeter, 84, passed away Sunday, June 9, 2019 at Oakley Place at Rossville. She was born March 3, 1935 at Benkelman, NE. the daughter of Marvin M. and Velma Miller Hansen. Ellen graduated from Parks High School, Parks, NE. Ellen worked for Hallmark Cards in Topeka for 29 years. She was a member of the Rossville Christian Church. She was united in Marriage to Delbert Eugene "Gene" Teeter on June 25, 1955 in Colorado Springs, CO. They shared over 55 years of marriage until his death on April 8, 2011. Ellen was also preceded in death by her parents and two brothers, Wilford and Lyle Hansen. Those left to cherish her memory are, three daughters, Peggy (Rick) Gentry, Rossville, Sheryl Nix, Belvue, and Janet (Randy) Leffel, Rossville; a brother, Duane Hansen, Wichita; a sister, Elaine Damrow, Lincoln: NE; 6 grandchildren and 6 great-grandchildren. Memorial services will be at 1:00 P.M. Saturday, June 15, 2019 at the Rossville Christian Church. Inurnment will be in the Rossville Cemetery. Memorial contributions may be made to the Rossville Christian Church or Midland Hospice and sent in care of Piper Funeral Home, 714 Maple Street, St. Marys, Kansas 66536.

To order memorial trees or send flowers to the family in memory of Ellen Teeter, please visit our flower store.