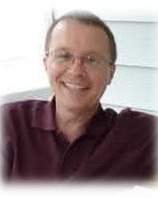 Doug was born November 24, 1959 in Wamego, Kansas, the son of Carolyn Jeannine Thompson and Calvin Dean Crow. Doug was raised in the Rossville and Delia communities.  He graduated in 1977 from Rossville High School.  While in high school he excelled as a wrestler and won multiple championships.

Doug was a successful Marketing Advisor for 28 years at Evco Wholesale in Emporia, KS. He took pride in his accomplishments while at Evco and enjoyed working with his customers and helping local businesses. In his free time he took pleasure in going on walks, hiking, bicycling, home renovation projects, grilling and most of all spending time with his family.  Doug had the best sense of humor and was a joy to be around.  He will be greatly missed and forever in our hearts.

He was preceded in death by his father Calvin Crow, his step father Charles E. "Ed” Thompson and his step-sister Lori Davis.

To order memorial trees or send flowers to the family in memory of Douglas L. Crow, please visit our flower store.