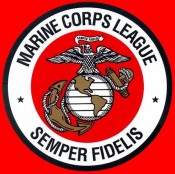 He was born August 15, 1939 at UZ, KY., the son of Boyd and Mella S. Kelley Caudill. Don grew up in Kentucky and served in the United States Marine Corp. He graduated from the Topeka Barber College.

Mr. Caudill was a barber for 36 years and owned and operated Joe's Barber Shop in Topeka. He was a member of the St. Marys Bible Baptist Church, the Marine Corp League and Post No. 400 of the American Legion in Topeka.

He was preceded in death by his parents, a daughter, Debbie and sisters Patsy and Sheila.

On October 20, 1991 he was united in marriage to Clarita Young Tollefson at St. Marys. She survives of the home. Other survivors include sons, Scott, Jeff (Sandra), Richie (Michelle) and Steve (Dawnita); daughters, Kim and Amy (Doug); his brother Richard; a sister, Phyllis and grandchildren, Josh, Will, Ashley, Kristen, Alyssa, Jesse, Gino, Haley, Erik, Andrew, Adam, Chris and Mike

Funeral services will be at 11:00 A.M.Wednesday, October 2, 2013 at Piper Funeral Home in St. Marys. Mr. Caudill will lie in state after 2:00 P.M.Tuesday, October 1, 2013 at the funeral home where there will be a visitation from 6:00 until 8:00 P.M. Interment with military services will be in the ValleyViewCemetery, St. Marys. Memorial contributions may be made to the St. Marys Bible Baptist Church or Midland Hospice House and sent in care of the funeral home.
To order memorial trees or send flowers to the family in memory of Donald Caudill, please visit our flower store.