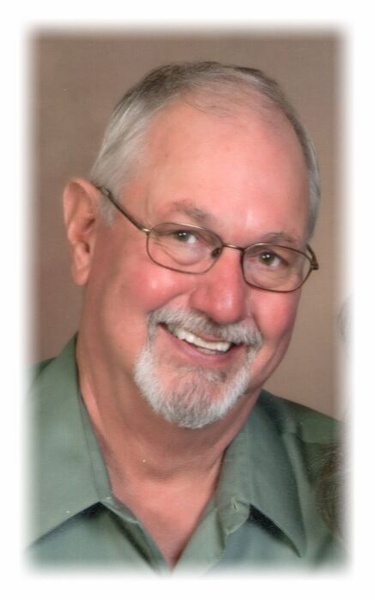 He was born October 24, 1951, at Wamego, the son of Joseph Raymond and Mary Kathleen Ahearn Ronsse.  Dave graduated from St. Marys High School with the class of 1970.  He joined the United States Navy in 1971 and served until 1975.  Dave was stationed in NAS Norfolk, VA and served aboard the USS AMERICA (CV66) that served numerous times in Vietnam.

After being honorably discharged from the Navy he worked for Poppelreiter Farms and later for the utility department for the City of St. Marys retiring in 2014.  Dave was a member of Immaculate Conception Catholic Church in St. Marys.  He was the Commander of Aubert-Walls VFW Post No. 7796 in St. Marys.  Dave enjoyed woodworking and making toys, he also enjoyed camping and traveling.  He loved family time and get-togethers.  Dave was a great Kansas State University fan and was the grandson of the late Michael F. Ahearn, whom the Ahearn Fieldhouse was named for.  He was preceded in death by his parents and a sister Marie Crawshaw.

On February 25, 1984, he was united in marriage to Christy Pearl in St. Marys.  She survives of the home.

Mass of Christian Burial will be celebrated at 10:00 A.M. Wednesday, March 31, 2021, at Immaculate Conception Catholic Church in St. Marys.  Interment will be in Mt. Calvary Cemetery, St. Marys.  Dave will lie in state and the family will receive friends from 5:00 until the Rosary at 7:00 P.M. Tuesday, March 30, 2021, at the church.  Memorial contributions may be made to Aubert-Walls VFW No. 7796 for the avenue of flags or the St. Marys Food Pantry and sent in care of Piper Funeral Home, 714 Maple St., St. Marys, Kansas 66536.  To leave online condolences go to ww.piperfuneralhome.com.

To order memorial trees or send flowers to the family in memory of David Ronsse, please visit our flower store.